When designing a project the end goal is always in your mind’s eye; how the scheme will work within it’s surroundings and ultimately be viewed and used by ‘it’s’ public. Uppermost in my thinking for walling projects is a desire that the walls should work in harmony with the soft landscaping so that they become one, each element contributing equally to the overall effect. Walls provide the structure for the design and the planting settles them into the site. Initially after being built the walls are stark and dominate as the planting takes time to develop, so upon completion there is always a sense of it only being half finished.

Therefore it is very satisfying to return to see a project at a later time and find it exactly as one had imagined, established into it’s environment. Completed in 1998 the entrance wall scheme I designed and constructed for the RSFS Forestry Trust at Cashel on the banks of Loch Lomond was built dry stone, from a rough whin stone, 14 years later it has now taken on that lived in look that can only be achieved with time. 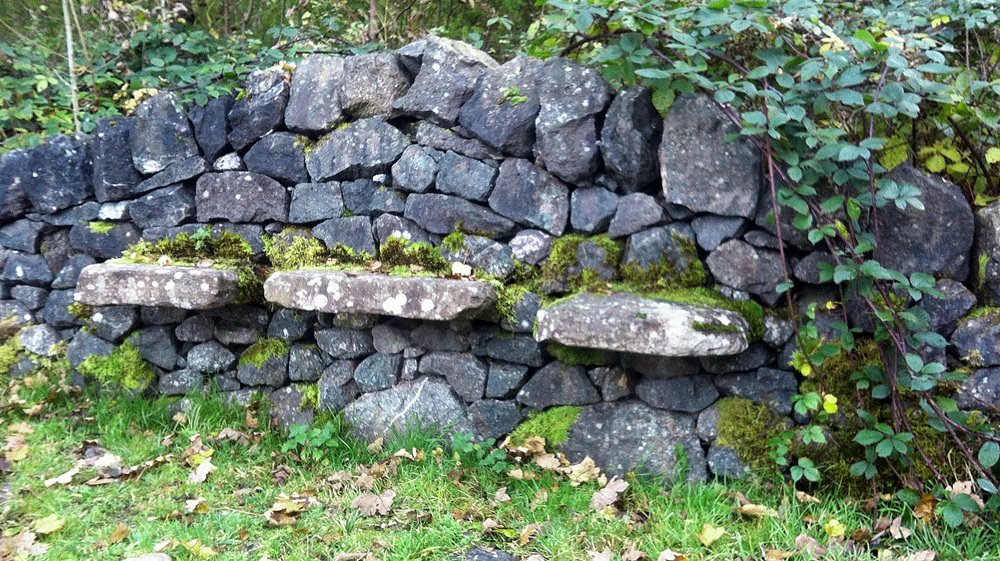 Situated at a point on the West Highland Way the scheme acts as an entrance announcement to the Millenium Forest being created at Cashel and as in informal stopping /picnic spot for the nationally recognised trail. 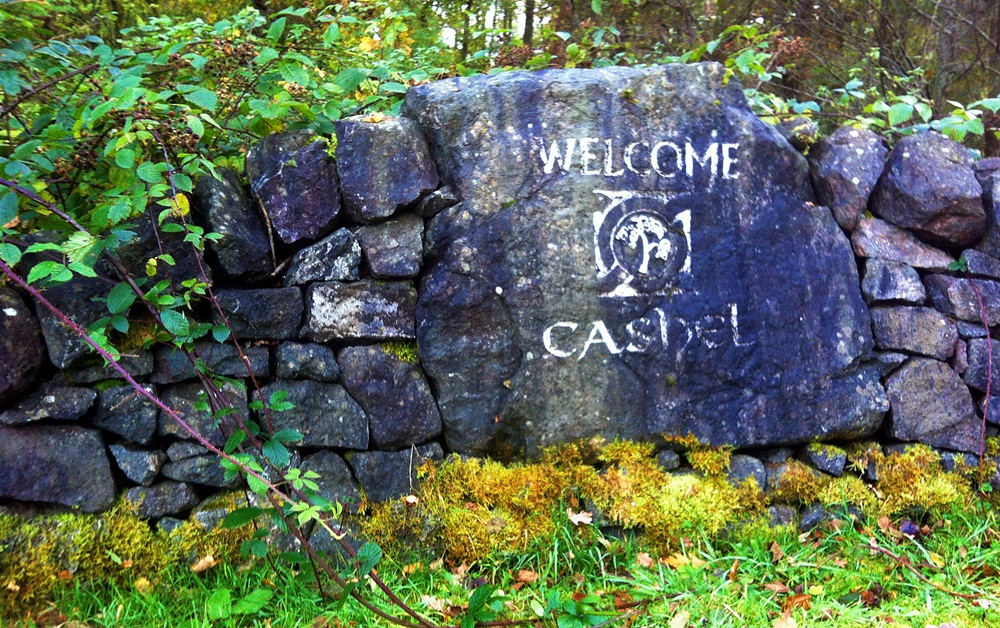 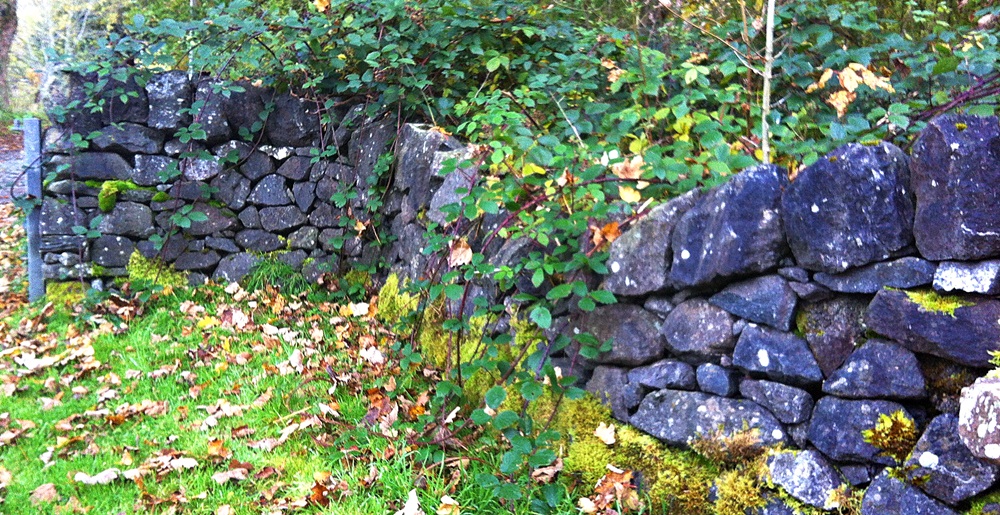 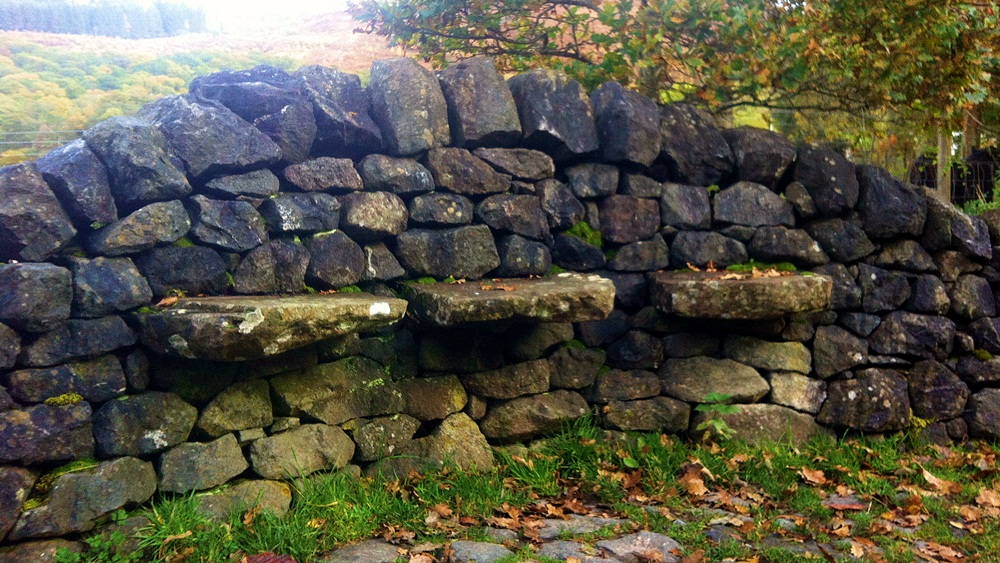