Who would have known that thistles and buses have something in common – wait long enough and two come along at once! so it was that by sheer serendipity I happened to be working on two different ‘thistle’ projects at one time. The first was a private commission for two to sit atop Gate posts in Bridge Of Allan, the second involved making a feature that would have two purposes; as a center-piece for Beautiful Perth’s Show Garden at Gardening Scotland, after which it would then be sited permanently at a prominent location at the North Inch in the City. 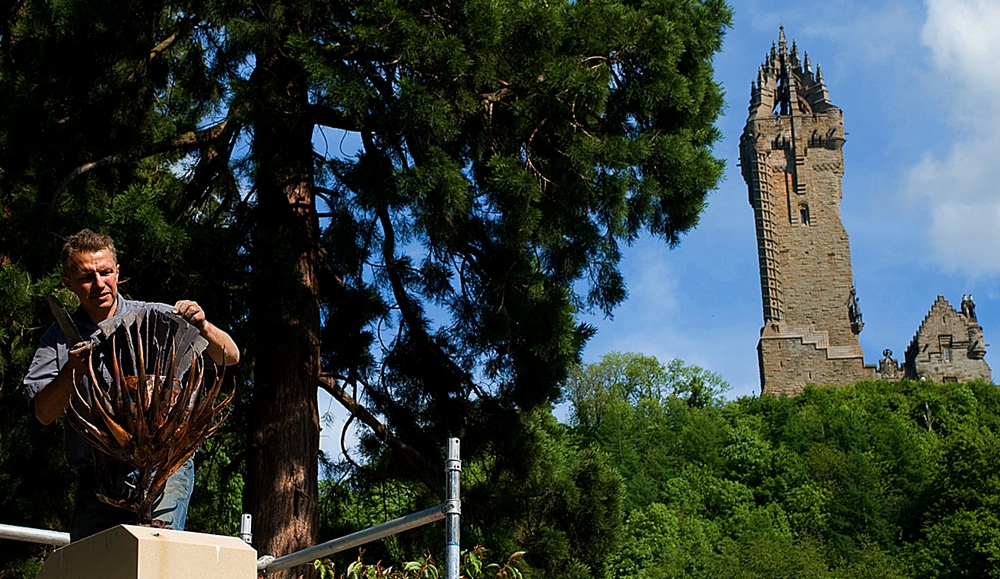 Sitting in the shadow of the Wallace Monument the private client wanted two Thistles to sit upon his stone gate posts, having recently completed major renovations to the house he had some spare roofing slates that he though could be incorporated into the sculptures to make a connection back to the house. Choosing to make the main body of the sculpture in copper the slates have been individually cut to become the top flower element. 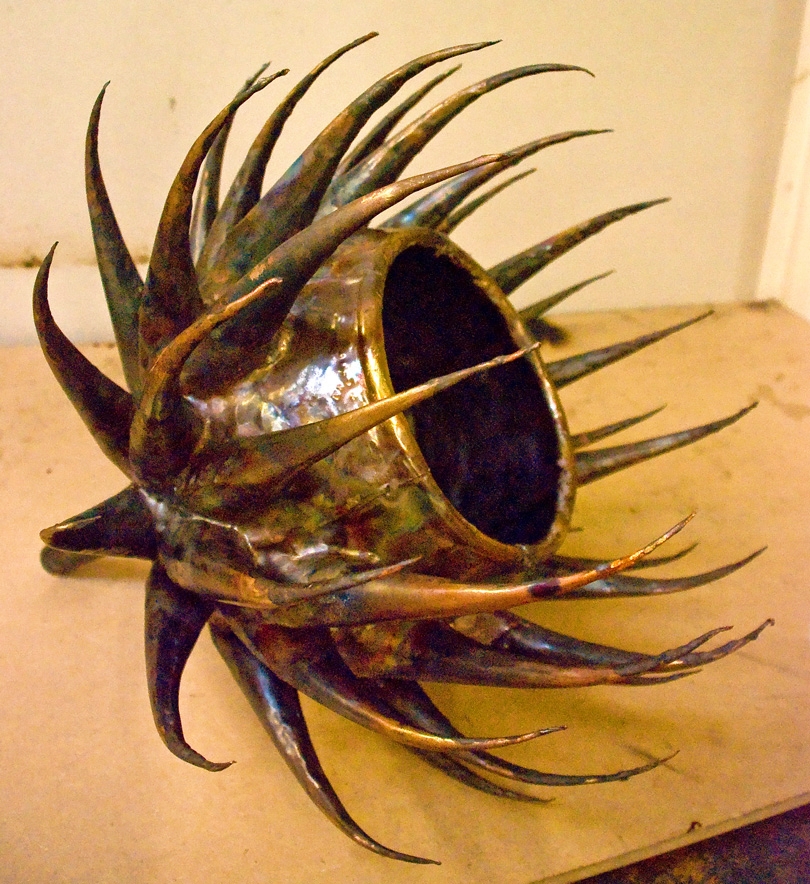 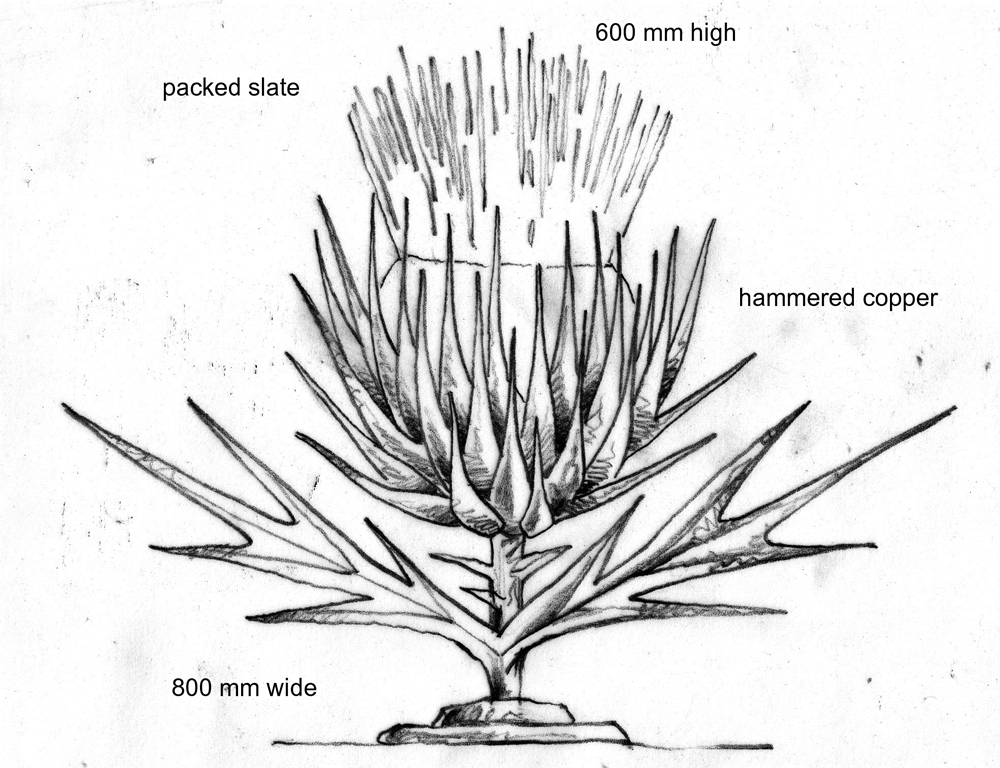 Roofing copper comes in large rolls 900mm x 15mtrs, using different techniques of heating and hammering the form takes shape. Surface colour has just been left as it came ‘off’ the torch over time it will patinate naturally. I really enjoy the ‘punky’ spikeyness of the bowls. 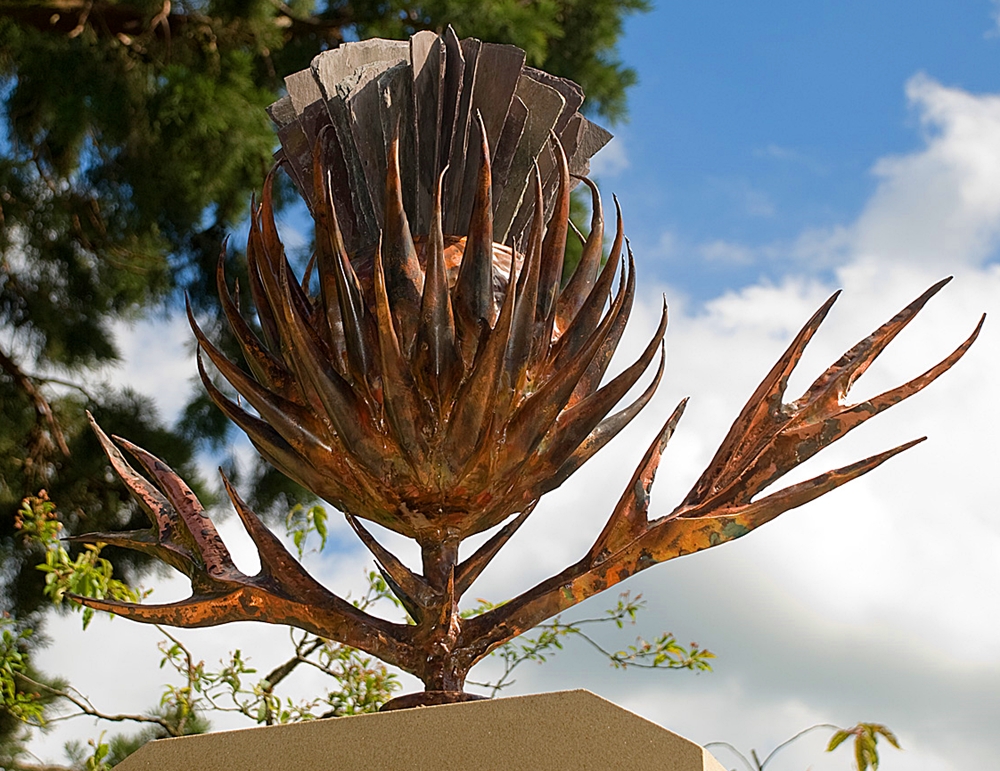 Beautiful Perth is a charitable voluntary body that works closely with local organisations and businesses to facilitate projects across the City to ensure that it remains an attractive place for residents and visitors alike. Very proactive their efforts have been recognised by winning many National Awards including the coveted Champion Of Champions in the Britain in Bloom Competition. Due to exhibit at Scotland’s answer to the Chelsea Flower Show – Gardening Scotland, they commissioned a center-piece for their display, Thistles were chosen by the committee as it had been used in many of the towns displays previously; it also had a special significance to some members who fondly remembered a tireless former secretary, Jim Blair who had recently passed away, Jim apparently could be a ‘prickily’ character on occasions! 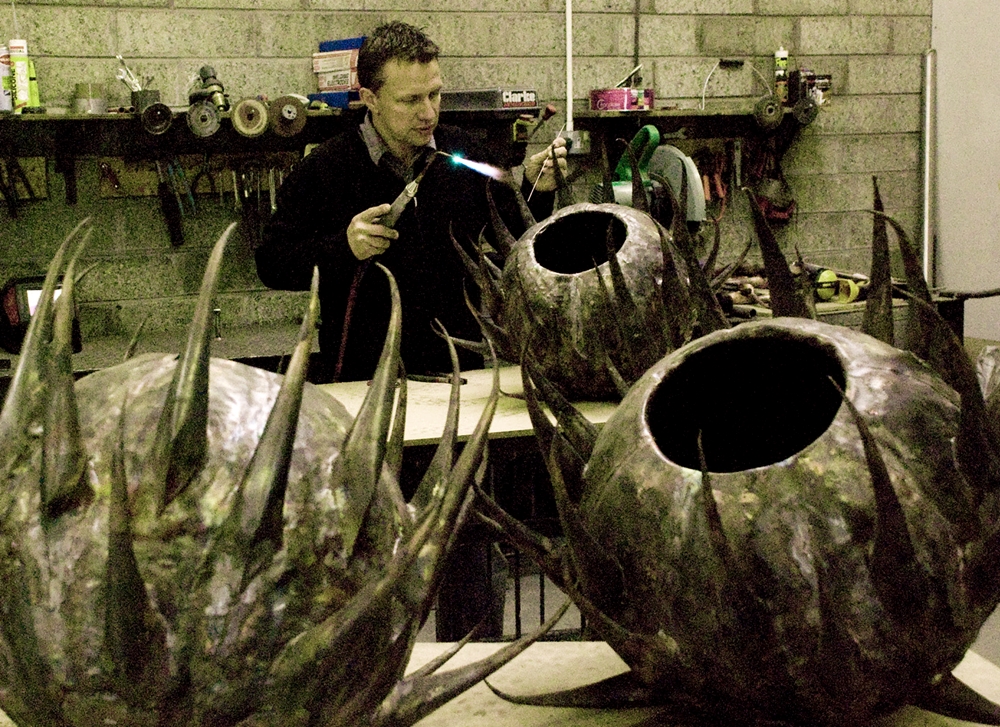 Again made in copper my design included the making of 8 thistle heads requiring hundreds of thorns each head took many hours to fabricate. Spiky leaves sit below each thistle head and these are then all supported upon a stainless steel structure. Sited at a prominent corner coming into Perth at the South Inch, it stands within a flower bed which Beautiful Perth change annually to create an eyecatching display. 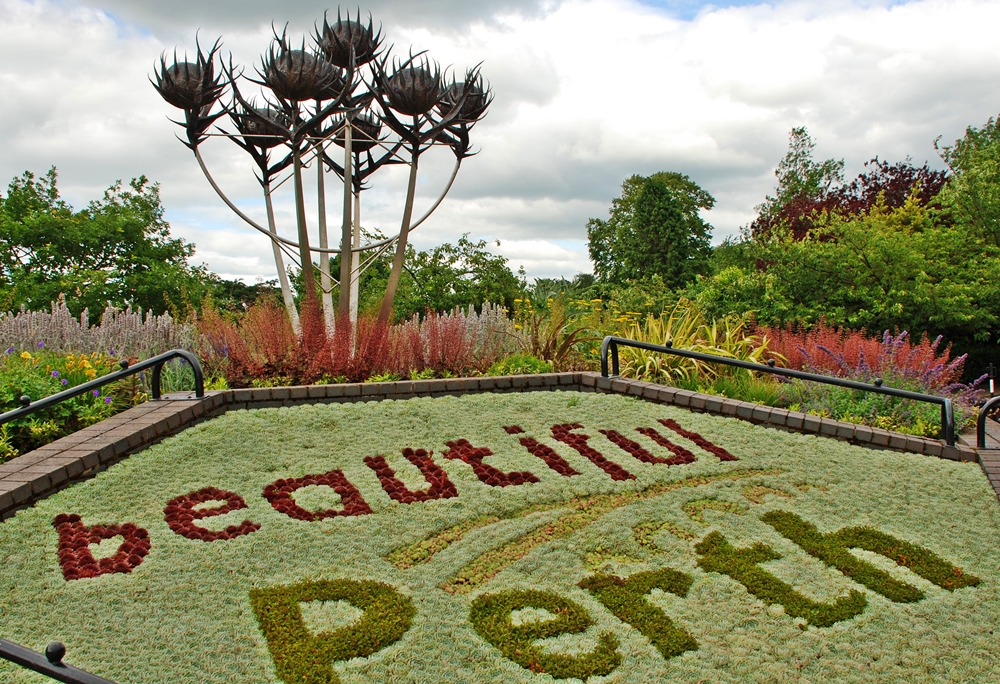