In 1999 I was approached by Lend Lease the developers who were transforming the Overgate in Dundee into a modern shopping center to design a series of sculptures for the facade of the new building. Previously an open concrete modernistic shopping area the regeneration of that part of the town was only the latest reincarnation of a district that has a colourful and interesting history. 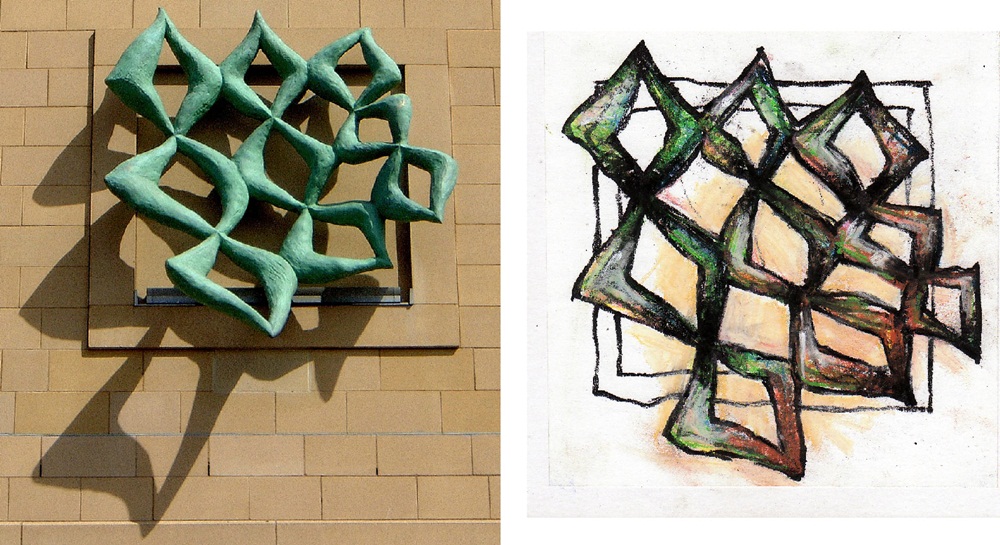 The Overgate that existed in the first half of the 20th Century was a microcosm of the City. Its atmosphere, social conditions and the response to those influences by those that lived there perfectly illustrate the strength of character and good humour that typifies the denizens of Dundee.

Stories and information gained through intensive local research inspired my design process and the completed sculptures though abstracted are intended to stimulate thoughts, suggestions and associations to the viewer that diectly relate back to the feel and spirit of that erstwhile Overgate. Though long gone, it still occupies a special place in the evolving history of the city. 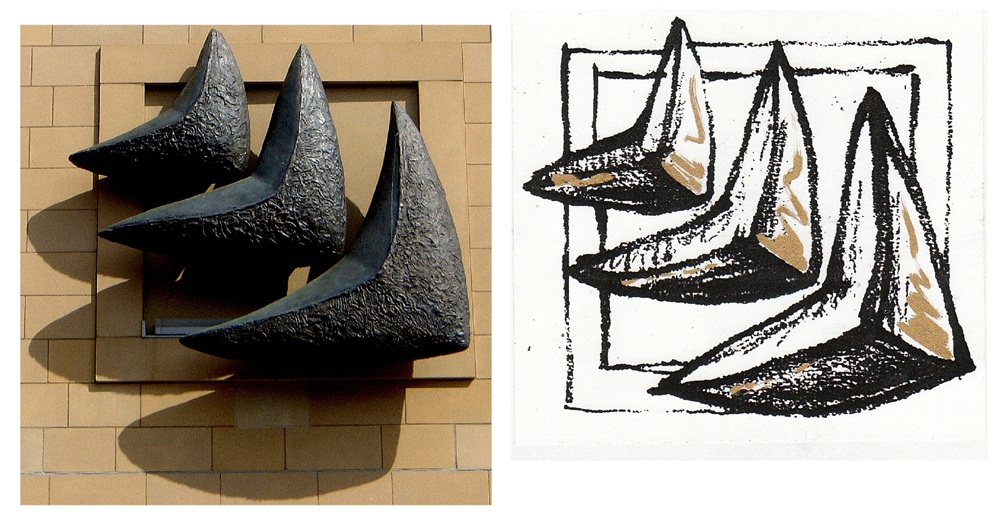 ‘3 Buds’ stylised from the motif of the lily from the Dundee Coat of Arms. Also suggestive of traditional shop signs – a contemporary interpretation of the three balls of the pawnbroker.

The ‘New’ Overgate, modern and clean was a major improvement for the area but was just the latest reincarnation of an area historically used to change and renewal due to socio-economic problems. Having been very familiar with the previous soulless concrete manifestation, when at College in Dundee I went there and enjoyed a pie many a times at lunchtime, I was very aware of its unwelcoming environment but totally oblivious to its previous character and rich history.

Chaotic, raucous and anarchic, the Overgate of old was very much a product of different times and values the result of which life seemed to be filled with more character, texture, spirit and sense of community.

Having been instructed to ‘have fun’ at the initial design briefing I wanted the work to be seen as a testament to those times not with nostalgia, for surely none of us would wish to live in the conditions that prevailed in those times, but more as a memorial to the inherent spirit of the people who lived, worked and socialised there.

‘Fish’ – suggestive of fish bones this image could be related to the Scottish East Coast fishing industry or alternatively it is possibly a tool used in the Jute industry that Dundee was world famous for. A more sinister interpretation might be some devilish implement employed by by the barbers and hairdressers of the old Overgate – The Gibson Brothers were known locally as the ‘bonus barbers’ due to the feverish speed of their cuts!

Given two weeks to come up with initial concepts for the works it was an intense process, research, design, costing and practical issues all had to be addressed in a very short period and I had to work late into the night on more than one occasion. But these opportunities do not come along very often and given the pressure the condensed timescales imposed it was a fantastic ‘canvas’ to be entrusted with.

Practical as well as artistic considerations dictated my choice of material, sand cast bronze. The sculptures would be in place for a long time and needed to be robust in the location as a material it also then would offer up the opportunity to patinate the sculptures in different finishes adding a further layer of interest to the works. Short timescales for the delivery of the project, approx 6 months start to finish for manufacture and installation! meant that I had to come up with creative ways to to achieve the required 25no. different designs. What I developed was a series of pieces that ranged from the very simple multiple from a single pattern through to repetition and mirroring of certain images. Patterns were made by myself from a product called Polydur which is like a cross between fibreglass and plaster which through the process I learned was a very flexible medium that could be utilised in different ways to provide a variety of surface texture. This method of producing patterns allowed me to instigate the casting process from the foundry very quickly sending off the simplest patterns fist to ensure a rolling programme of completed castings coming back to the workshop for final assembly and patination. 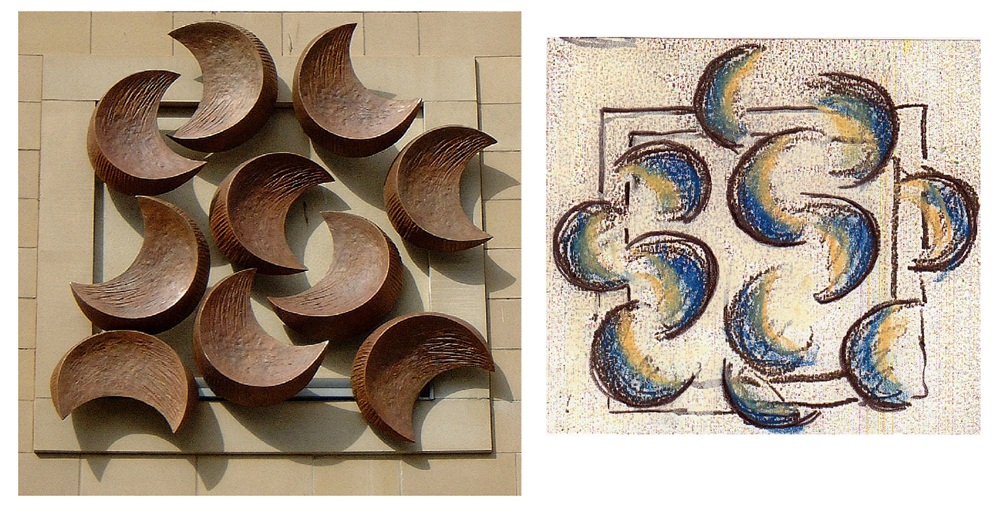 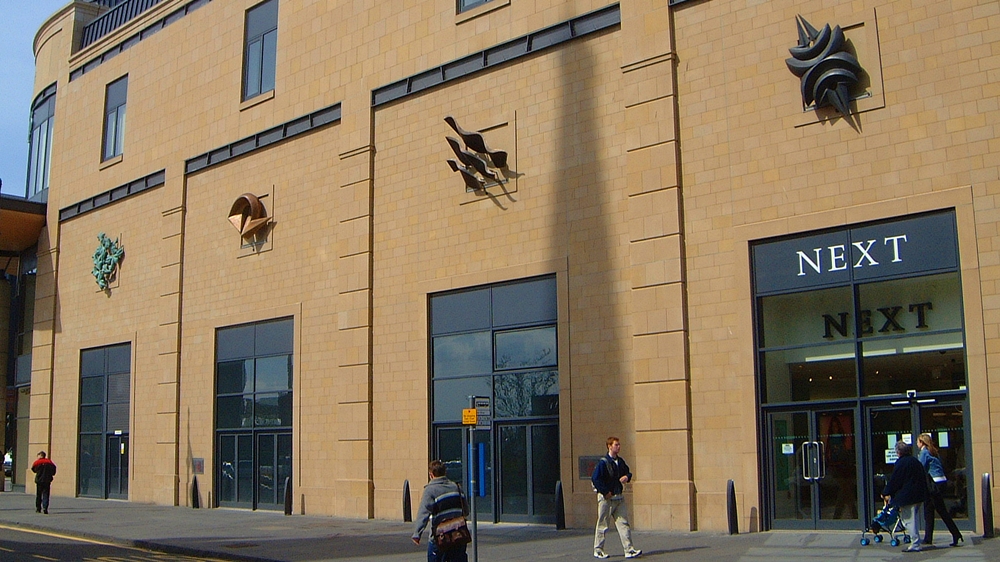 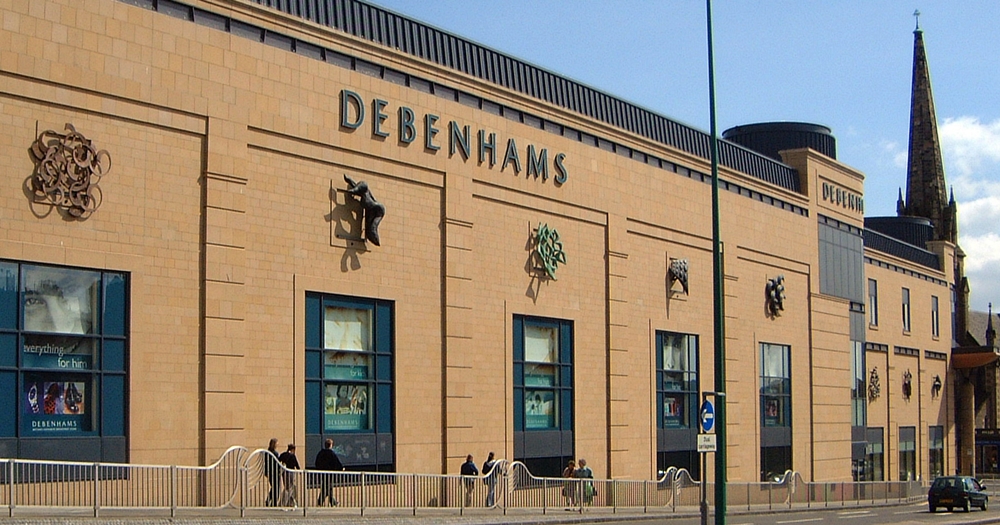