Tasked with expanding the National Cycle Network, Sustrans Scotland are responsible for providing stimulating, memorable environments through which walkers and cyclists can travel safely around the country. Towards this goal they have worked with a range of artists and have commissioned many works of Public Art. Overseeing the creation of a new cycle way through Rouken Glen in 1999 Sustrans Scotland commissioned me to work on proposals that would see the creation of a new rampway that would allow easier access to lower areas of the Park by walkers & cyclists.

Working with representatives of Sustrans , we developed a scheme that used stone in a structural & creative way, a walling scheme that was both functional and decorative. Built on site over a period of 6 weeks using a locally sourced whin stone a work was created that has an organic natural look that sits easily within its surroundings. Built within the walls are a series of nooks and alcoves that are also suggestive of the mystery of the woods, perhaps little spaces where offerings to the spirits who live there can be left. 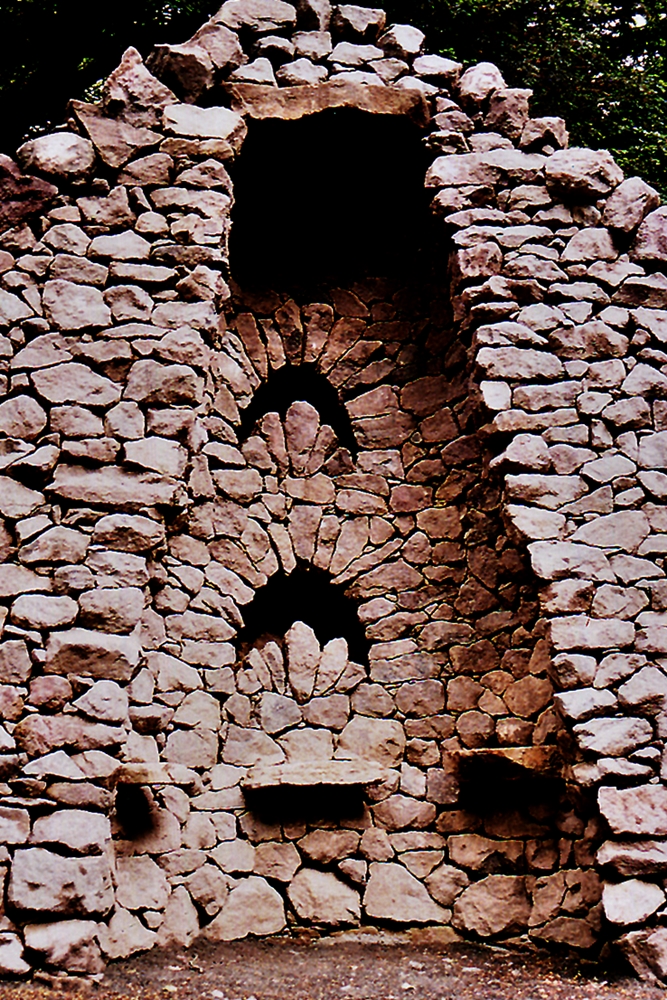 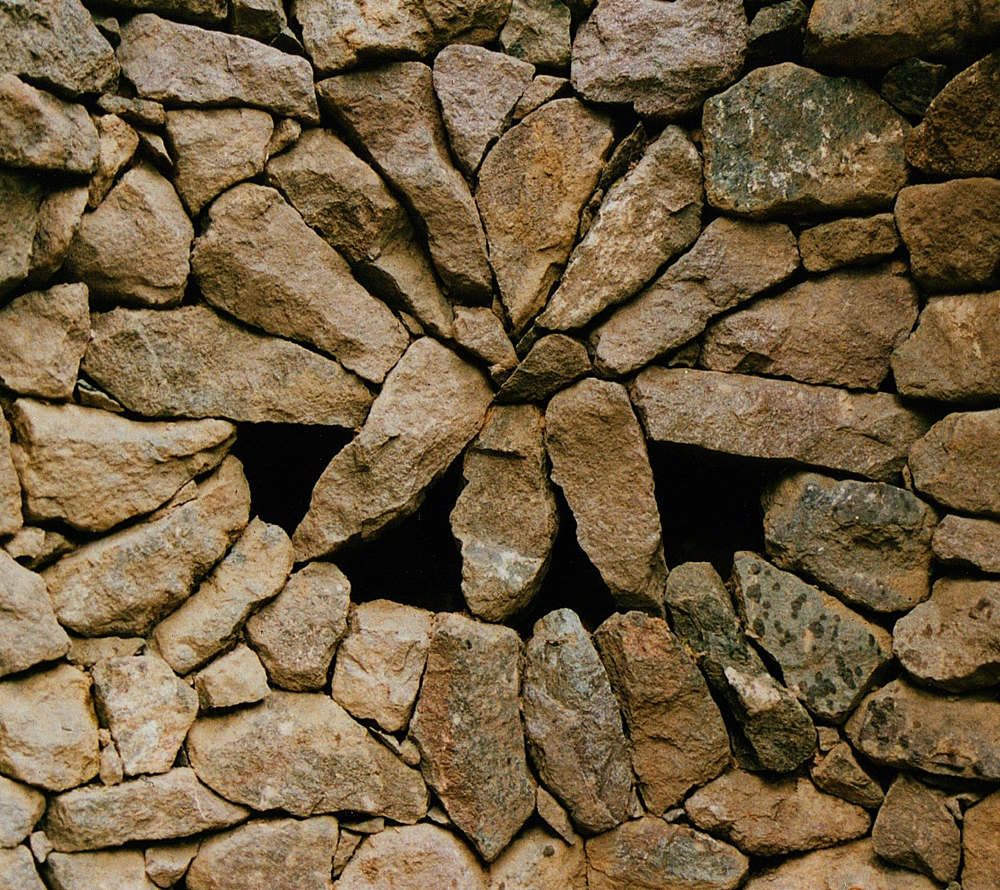