Some projects photograph really well, the viewer gets a real sense of the work purely from an image others just don’t photograph – their impact lost in the act of reducing them down to a flat 2D reproduction. The large stainless steel Interpretation panel that I created for a viewpoint area on the Kinross Heritage Trail is one piece of my work that I feel pictures don’t do justice.

Loch Leven is Scotland’s largest Lowland Loch; Heritage Lottery funding was gained by TRACKS (The Rural Access Committee for Kinross-shire) to create a 12.5km nature trail around the Loch for walkers & Cyclists. Part of their remit was to inform visitors of the rich history and natural diversity of the area through creative interpretation.

Standing upon an island is Loch Leven Castle, the client steering group identified an area close to Kirkgate Church where excellent views were afforded of it from the Trail, they earmarked this as a perfect area for siting a Landscape Interpretation work. 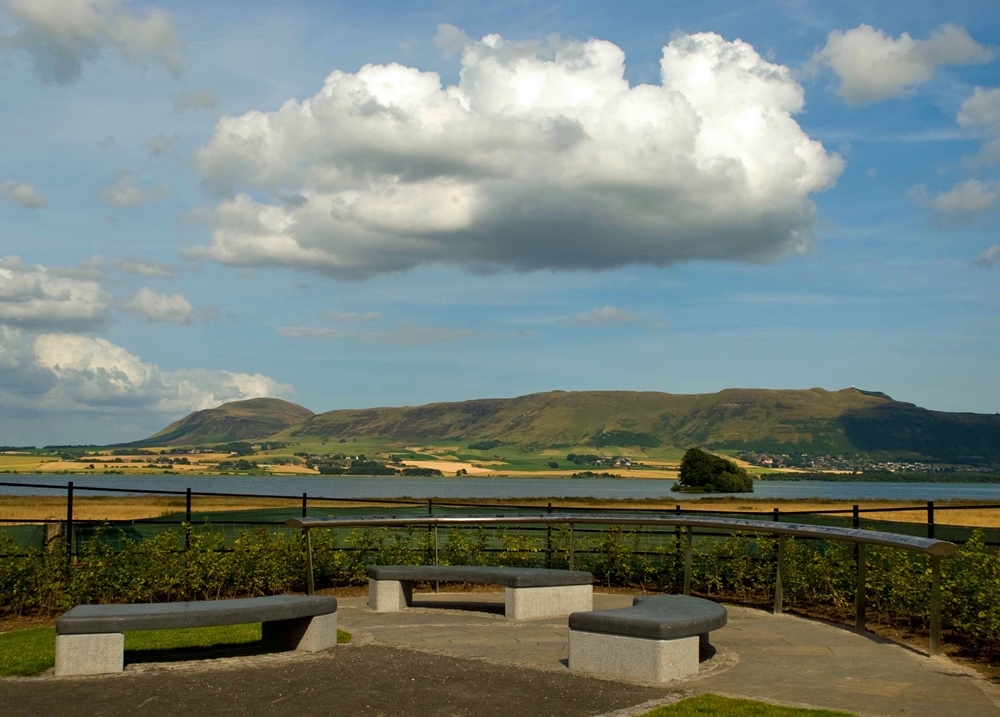 Loch Leven lies in a wide basin bounded to the north by the Ochil Hills, with the Lomonds and Bishop Hill to the east and Benarty and the Cleish Hills to the south. A National Nature Reserve with a rich history the Trail offers the visitor plenty of opportunity to view and explore the surroundings. Bringing alive some of the areas stories, history, nature, culture and sport was to be achieved through interpretation. I was asked to come up with some proposals, the problem in my mind was how to provide lots of information in a way that wasn’t just a notice board that would interrupt the views. My thoughts were for a feature that could act as a ‘leaning/resting’ rail this allowed me to create a linear work that would have plenty of surface area.

Considering the form the rail should take I was keen that it be tactile in shape, rather than simply a flat surface, that offered the largest surface area for the information that I wanted to put onto it to this end I decided the rail should be ovoid in section, far easier to imagine that create!

Laid out as an angled ellipse the site offered quite a few challenges, I wanted the rail to sit as part of the overall design making the rail to that shape proved to be anything but easy quite a few manufacturers said it couldn’t be done. Robustness of design was crucial and aiming at the longest life as possible I chose to make it in stainless steel. 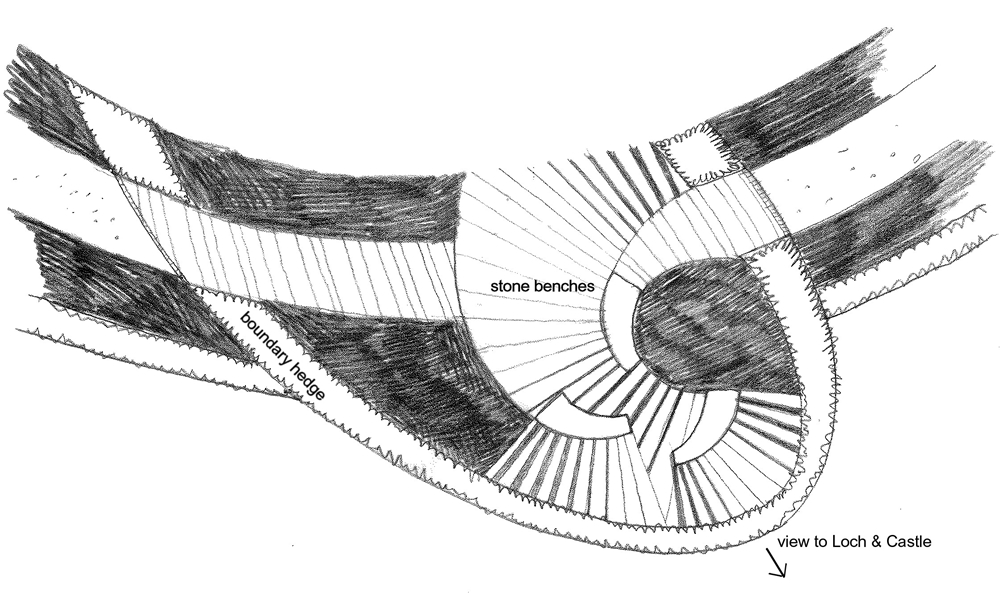 The Loch is an important breeding ground for many types of migrating birds who come annually to the area, a paramount consideration to being allowed to create the Trail was the commitment from everybody that disruption to wildlife would be minimised wherever possible. Close to the viewpoint site is an important area of reed beds that provides a safe habitat for breeding ducks, as a measure to reduce the visual impact upon them by the Trails users a bank of Beech Hedge has been planted to act as a screen. The handrail runs on the inside line of this hedge.

Construction of the rail was undertaken by McGarries of Perth, working closely with them I designed the rail the first task was how to make the ovoid section it is impossible to bend a tube into what was required. But I knew round sections could be formed into the elipse this would then allow for ‘splices’ of these to be cut and welded back together to make the section I wanted. 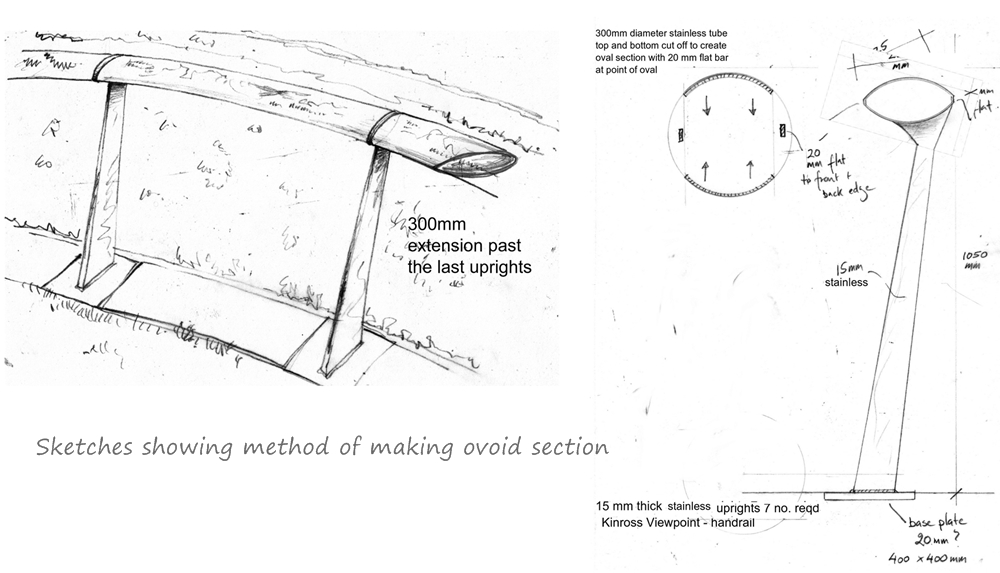 Bending 8mm thick tube of 300mm diameter requires enormous pressures it is carried out by specialist companies using enormous machinery, Angle Ring is one of the premier suppliers in the UK and they were able to bend the stainless to our requirements. The sections were cut back at the workshop and welded together. Once all that was completed the whole rail was polished to give a smooth gloss finish ready for the interpretation to be etched into the surface.

Sourcing material to illustrate was not difficult. It is one of the joys of this type of commission in that it allows you to research and look into so many different aspects of an areas history & culture. Amassing lots of interesting material about the social history and natural diversity of the area I realised the interpretation panel could be filled with lots of snippets of information that would add to the visitors experience. 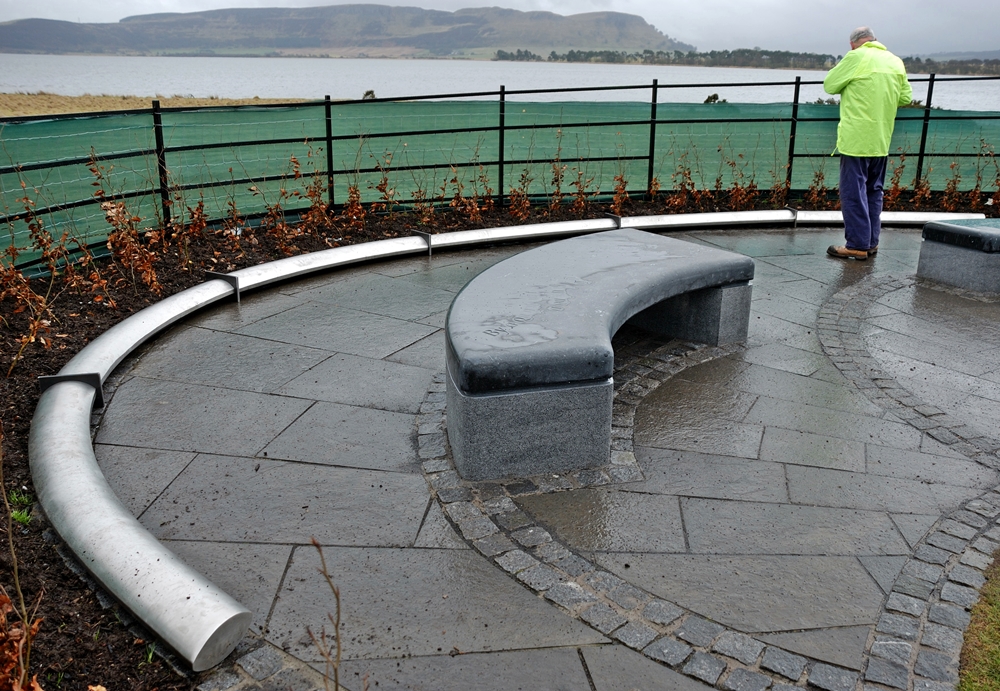 Trial layout of sections on site

Curving round the ellipse of the site the rail is supported by stainless uprights which cut the rail into a series of panels. Getting all the information into the required format for etching onto the panels was a complicated and laborious process that involved many different steps and taught me many new skills along the way. Sketches needed to be drawn in a way that would allow the marks made to be interpreted by the software that created the masks for etching. Keeping a sense of the sketch was important to me so it was a balancing act trying to make them maskable & readable while retaining their hand-drawn qualities.

Sign Industries of Forfar have a reputation for fine work and so they proved, they were very responsive to my requirements and worked hard to ensure that the final etched panels were everything that I had hoped for. 6 Sections make up the rail each is 2.mtrs long by 250mm wide, it is difficult on a web site to show these clearly, hopefully the pictures below give a flavour of the finished piece. The elipse is a complex curve and no two sections are the same.

Creating the artwork for each individual panel took many hours and involved many different steps to get them into the correct format ready for etching. Running across all 6 panels is the underlying landscape, the rail was designed so that wherever the the viewer stood they could identify points on the distant landscape by looking at the drawing on the rail where they are labelled. The landscape was drawn first and then married up on site with the raw panels, this was scanned into the computer and became a background layer which all the other drawings and text would be superimposed upon.

Each subsequent image then had to be drawn individually and scanned into the computer, then manipulated so that it could be superimposed onto the background landscape. Imagery ranges from social history, local sports, flora and fauna and wildlife prevalent to the area. 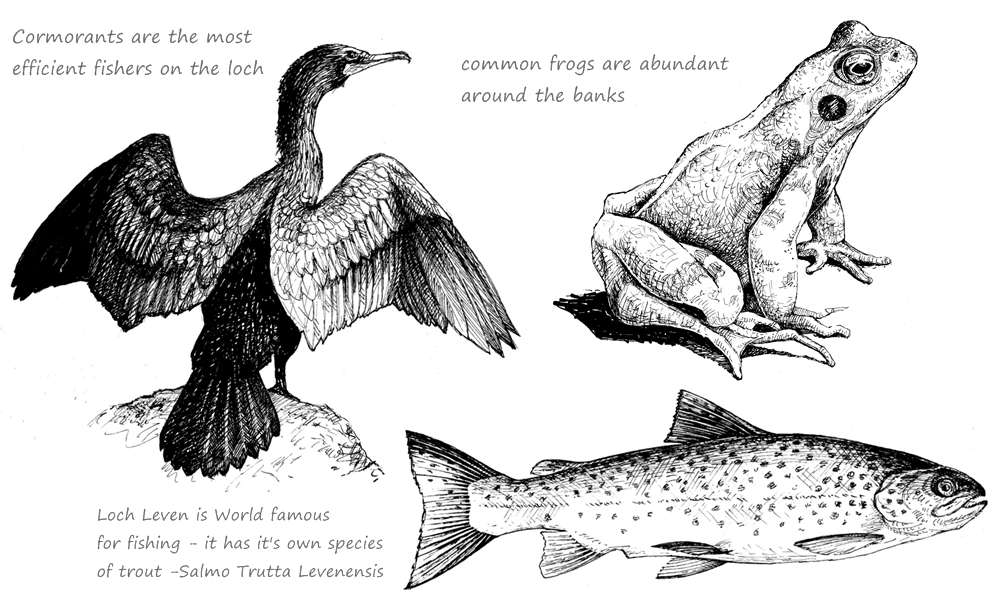 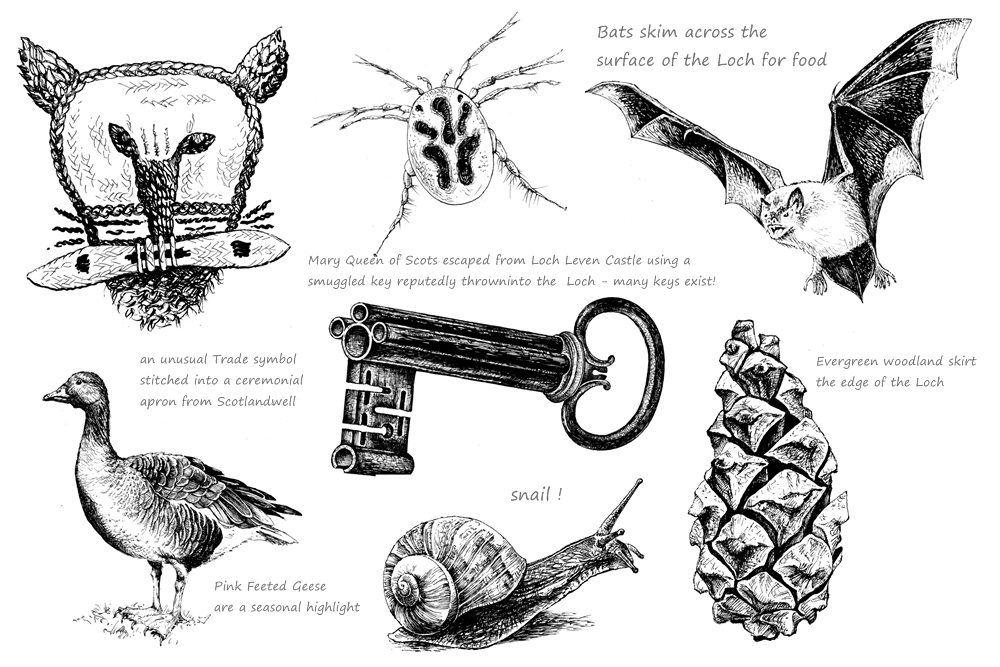