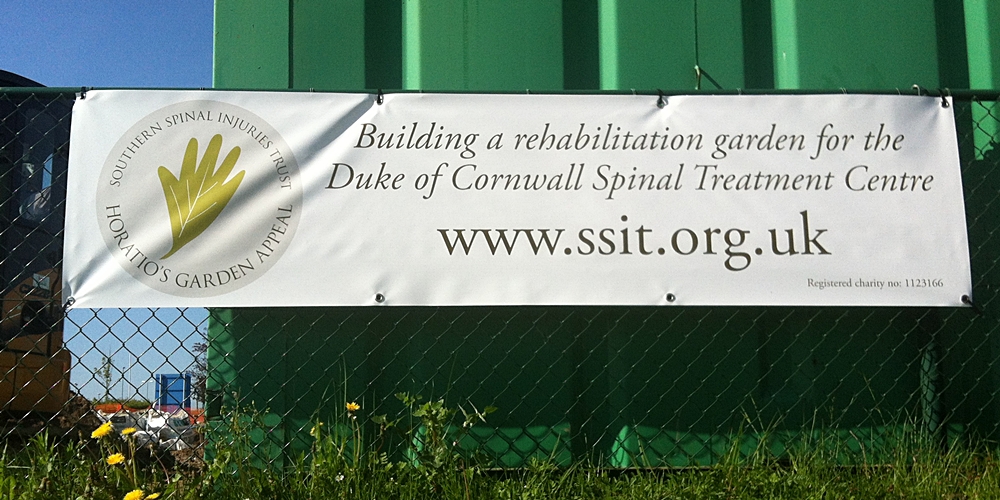 Planned as a rehabilitation garden for the Duke of Cornwall Spinal Treatment Centre, Horatio’s Garden is an innovative project constructed at Salisbury Hospital during the Summer of 2012.

Designed by Cleve West, the Garden has been named in memory of Horatio Chapple, son of consultant spinal surgeon David Chapple and his wife Olivia. Horatio 17, had planned to study medicine after leaving school but unfortunately was killed in a tragic accident before he had the opportunity to realise those ambitions. Having been a keen volunteer at the spinal unit he had been involved in research with patients that had identified the need and potential benefits such a garden would provide.

With an average stay of approx one year after a life changing injury the ability for patients to go outside and experience a quality environment will prove to be a major asset for the unit.

Cleve’s design makes use of drystone walls in a symbolically rich way. ‘S’ spine shaped walls provide structure to the garden with two walls ‘broken’ by the path network, a larger unbroken wall represents the healing process that takes place within the spinal unit. 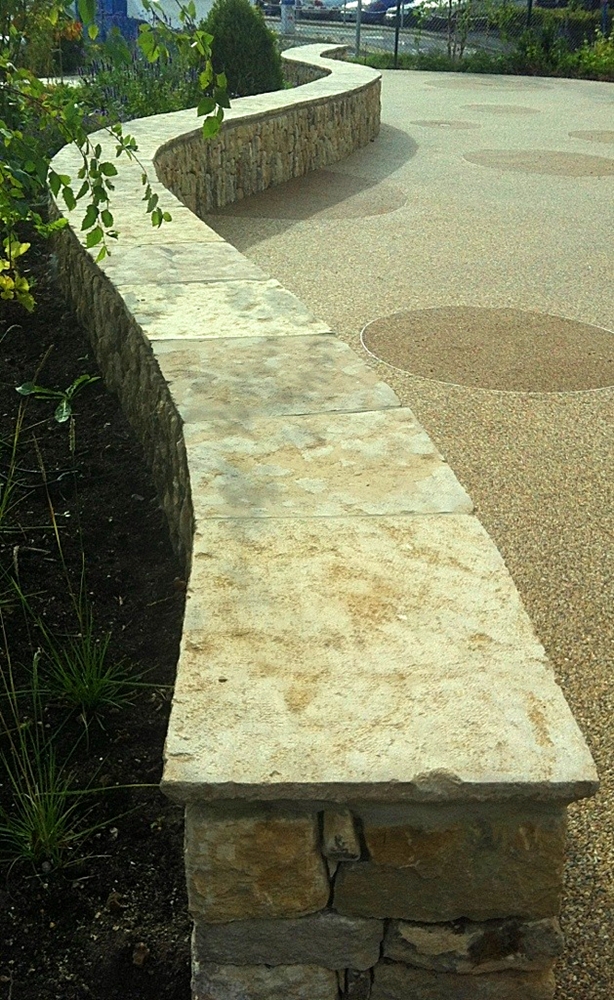 Having been part of the team responsible for constructing Cleve’s – ‘Best in Show’ Chelsea Flower Show Garden for the Daily Telegraph in 2011, Cleve kindly recommended me to the client group. Using the same material and form for the walls that had been such a feature of his show garden the walls are constructed with the unusual characteristic of having vertical coursing rather than being horizontally bedded. This adds a contemporary twist to the walls and creates a very attractive backdrop to the planting. 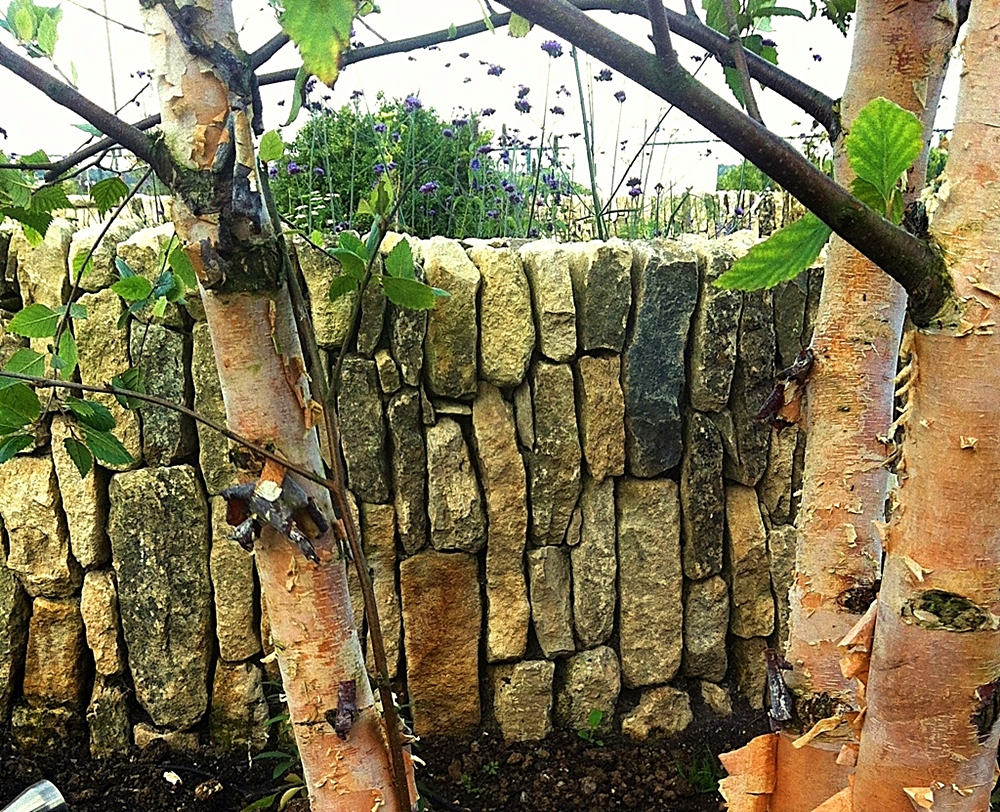 Working as part of the team under the supervision of the main Contractor Martin Gomm of Wycliffe Landscapes, construction of the walls took place over 26 days straight during May 2012. It was quite an endurance test for myself but it was very satisfying and rewarding to be able to see the ‘bones’ of the garden emerge from the bare site. Constructed using reclaimed Cotswold Limestone the walls have a lovely creamy warm colour and a beautiful textured effect. 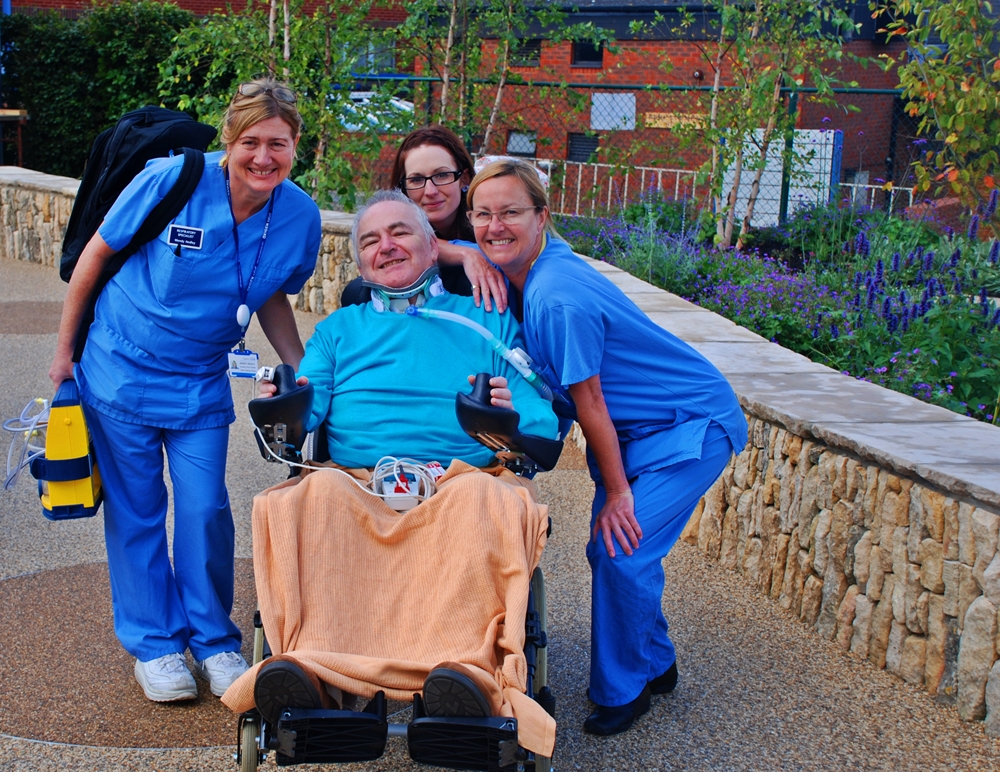 A Summer House has been constructed in a corner of the garden to provide some shelter for when the British weather fails to play it’s part in allowing the garden to be used to it’s full potential. 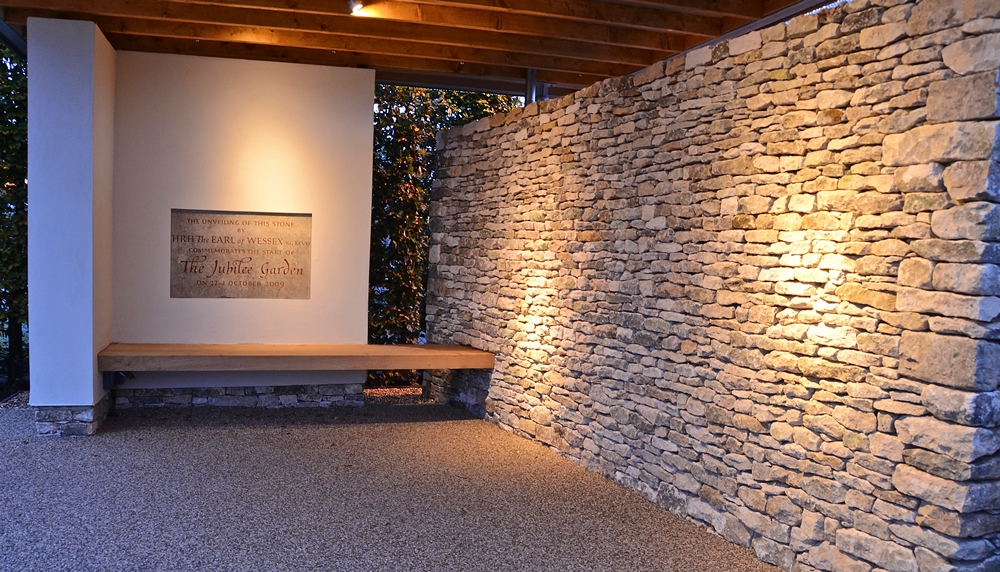 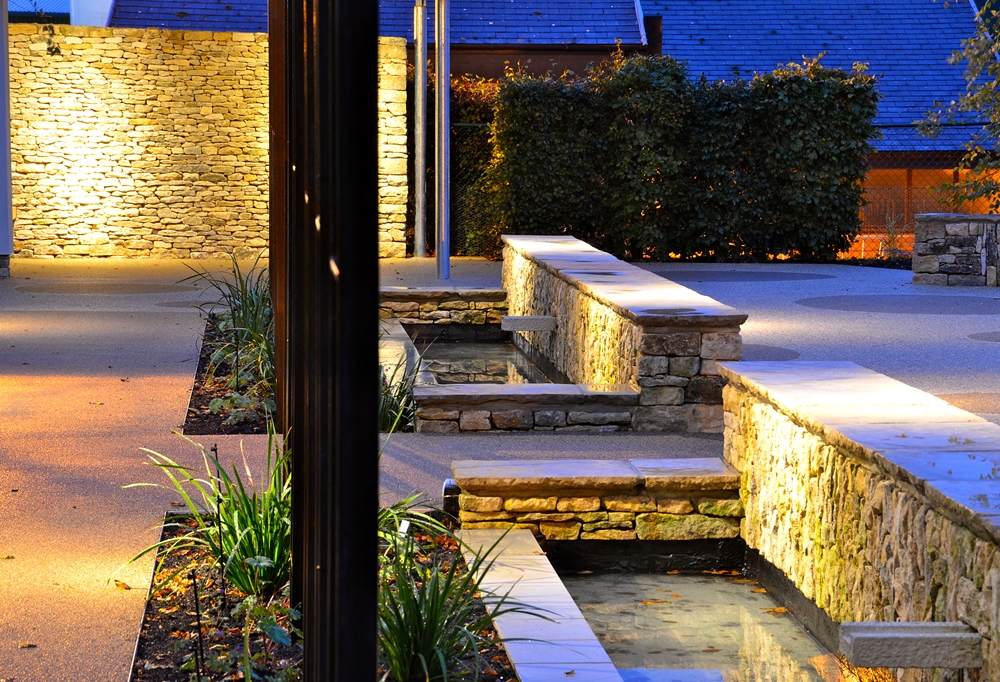 Many thanks to Geoff Corani for the additional pictures featured in this article.