Hugo Bugg is one of Britain’s most celebrated young garden designers. Following upon his success as one of the youngest designers to win a coveted Gold Medal at Chelsea; 2016 saw him again partner with the Royal Bank Of Canada to create another show garden on Main Avenue. His design celebrates water, not as a commodity but as an entity sacred to humankind. It is intended to inspire, its innovative use of materials along with beautiful planting brings into focus an awareness and appreciation for water within a fragile arid eco-system.

Drawing inspiration from the Mediterranean pine habitat of Jordan the garden has on the physical and symbolic levels water as its focal point. Bright yet simple planting is combined skilfully with the bold geometric forms of the hard landscaping providing a wonderful mosaic of different colours & textures. The planting scheme illustrates how arid landscapes can still support beautiful flora and display great bio-diversity while under climactic conditions that experiences minimal rainfall. 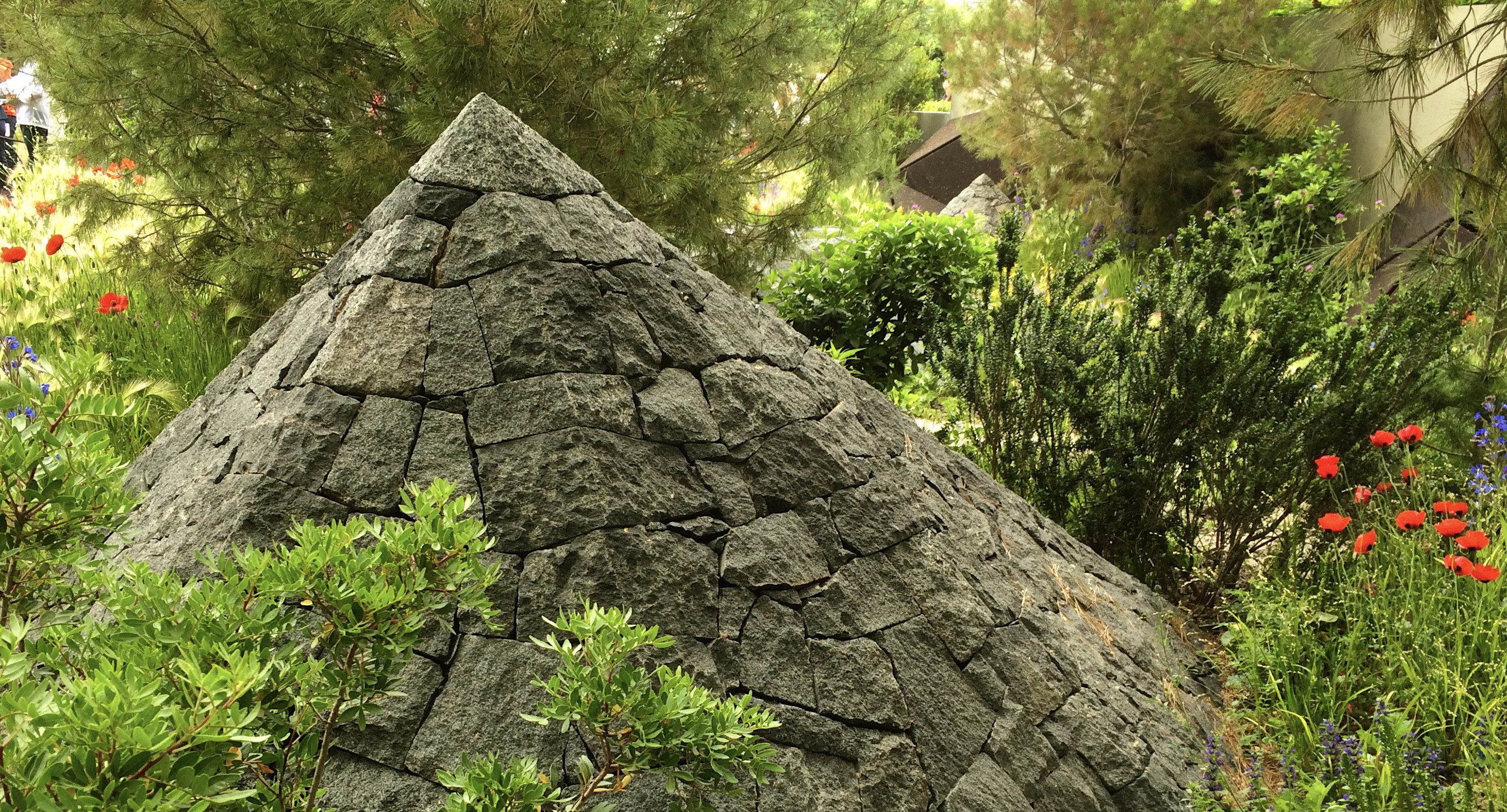 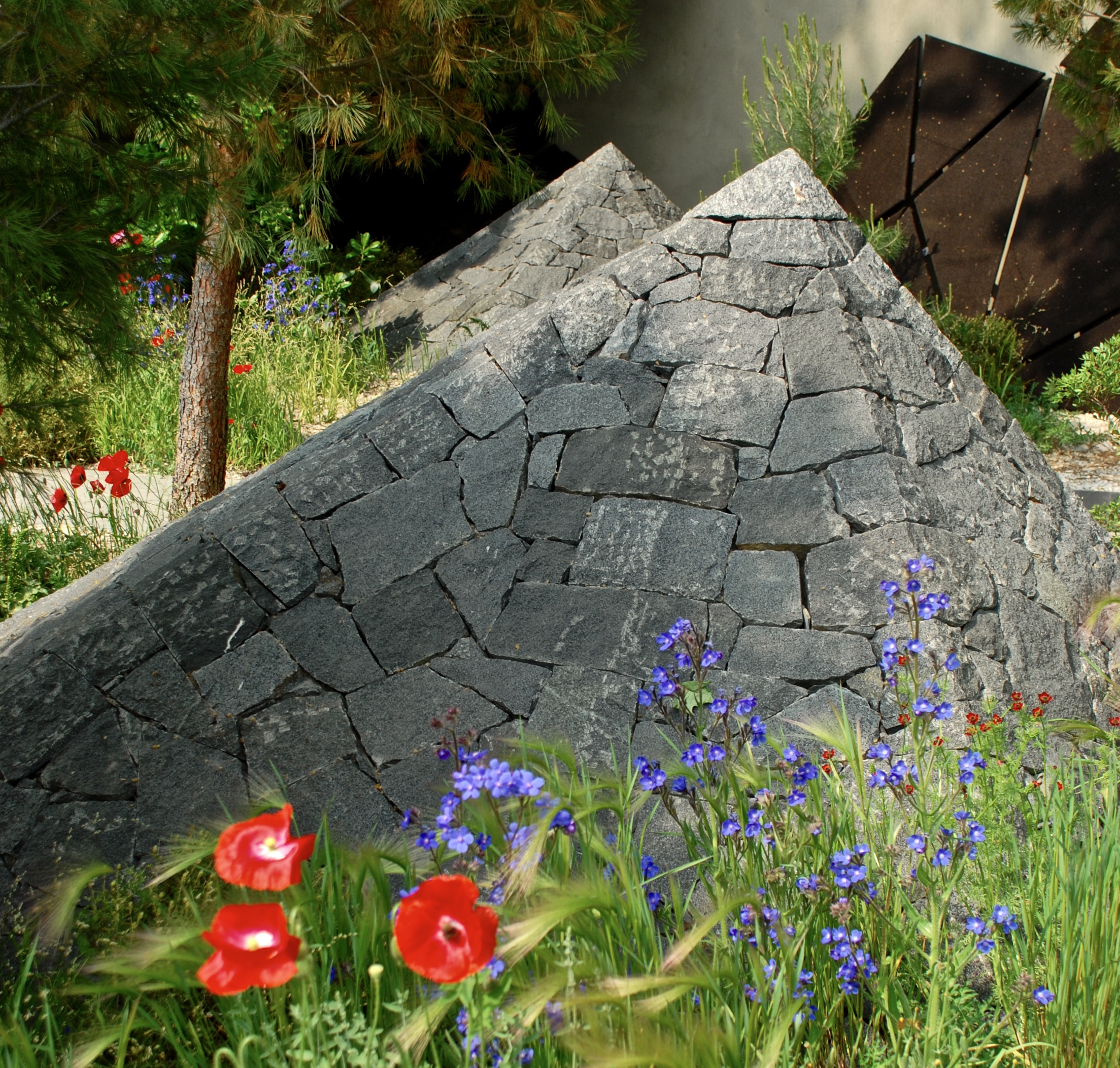 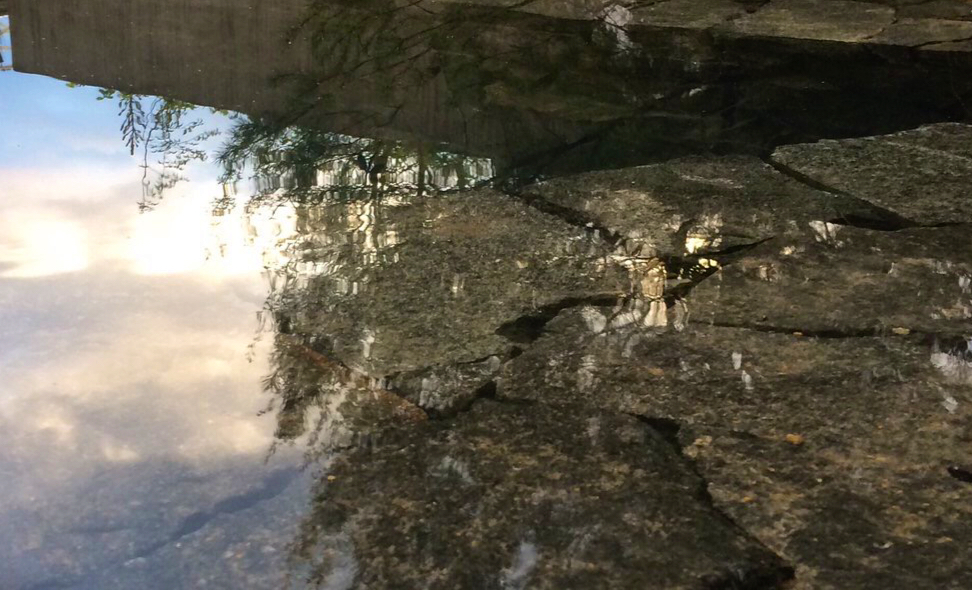 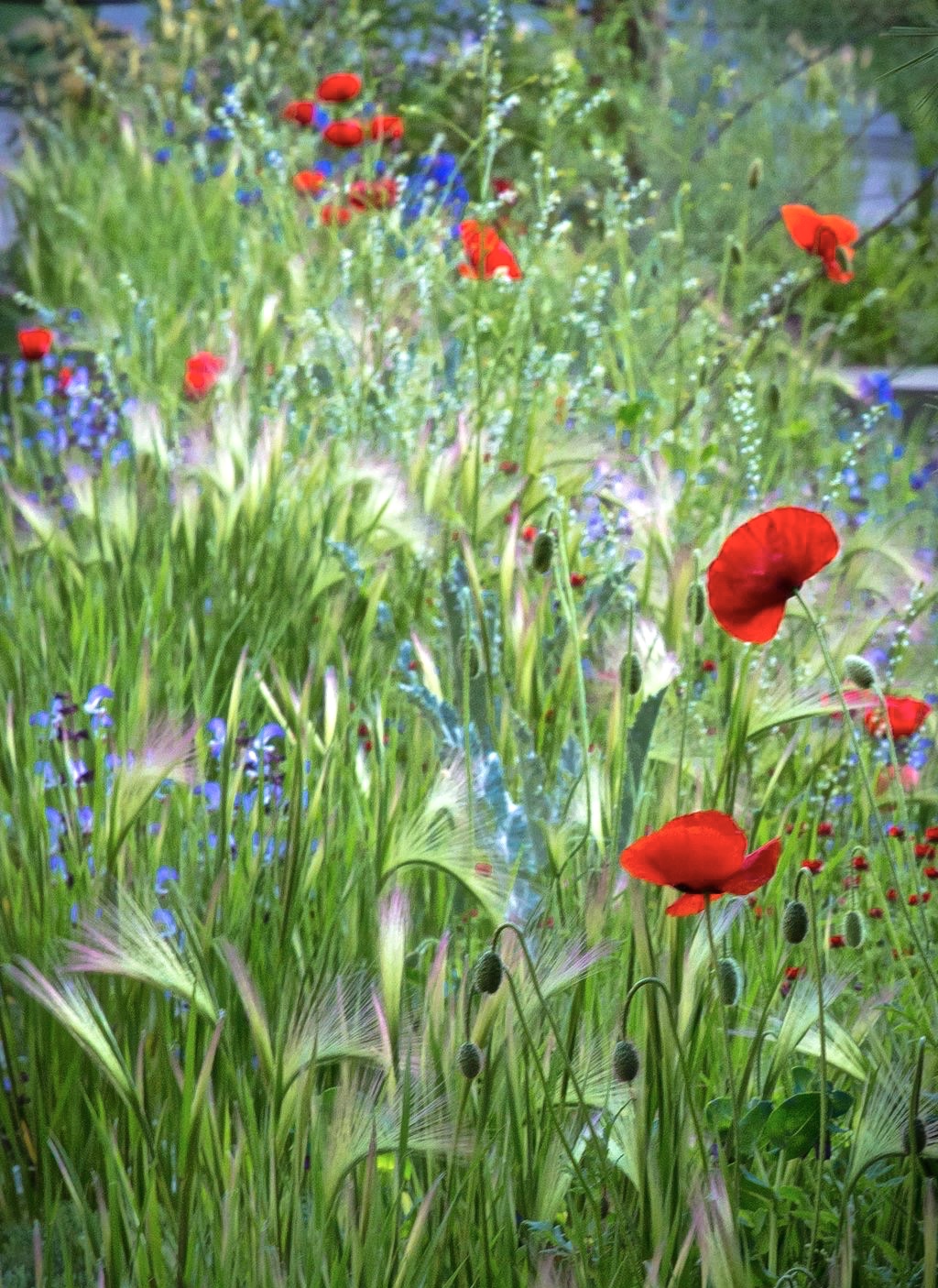 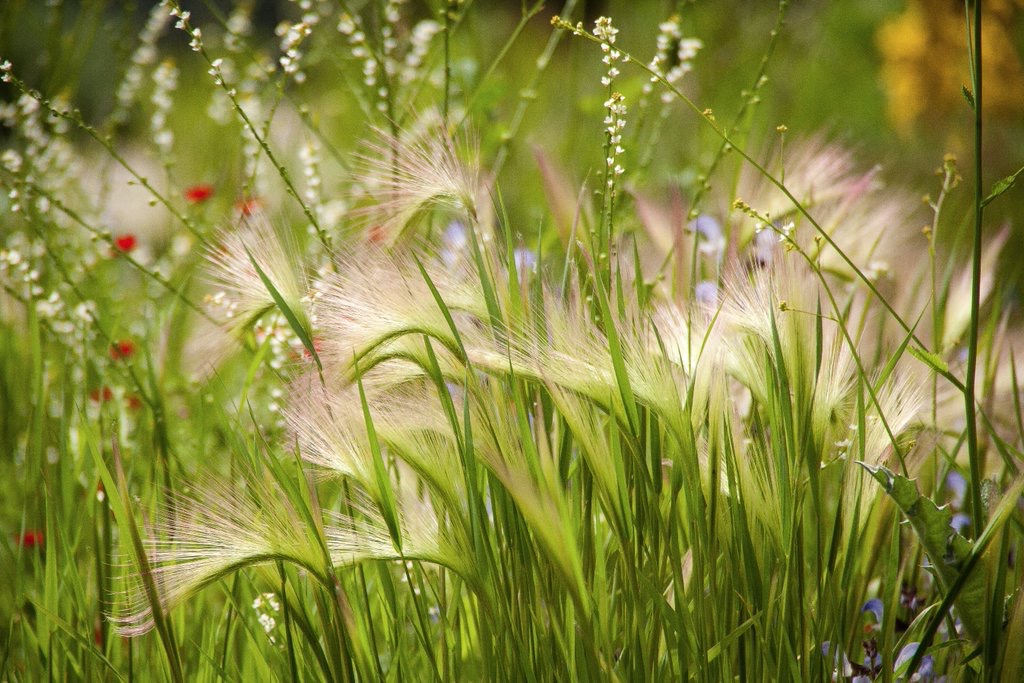 Known for thousands of years it was the Greek Philosopher Plato who gave us the first written account of the 5 regular solids, (generally known as Platonic Solids) – 3 dimensional shapes constructed by congruent regular polygonal faces with the same number of faces meeting at each vertex. Plato associated these shapes with elements commonly believed to make up the Universe – fire, air, water, earth, with the fifth being the cosmos itself.

Formed from twenty equal triangular faces the geometric polyhedron called the Icosahedron was identified by Plato as the symbol for water, it is the geometry of this solid that underpins Hugo’s design, he explores and plays with the form through elements of the garden’s structure and layout. The only perfect triangle within the garden is marked as a shallow pool of water on the central stone mound, gently rippling away it embodies the deep connection between the underlying geometry and the sanctity of water to life here on this spinning mass of rock we all call home. 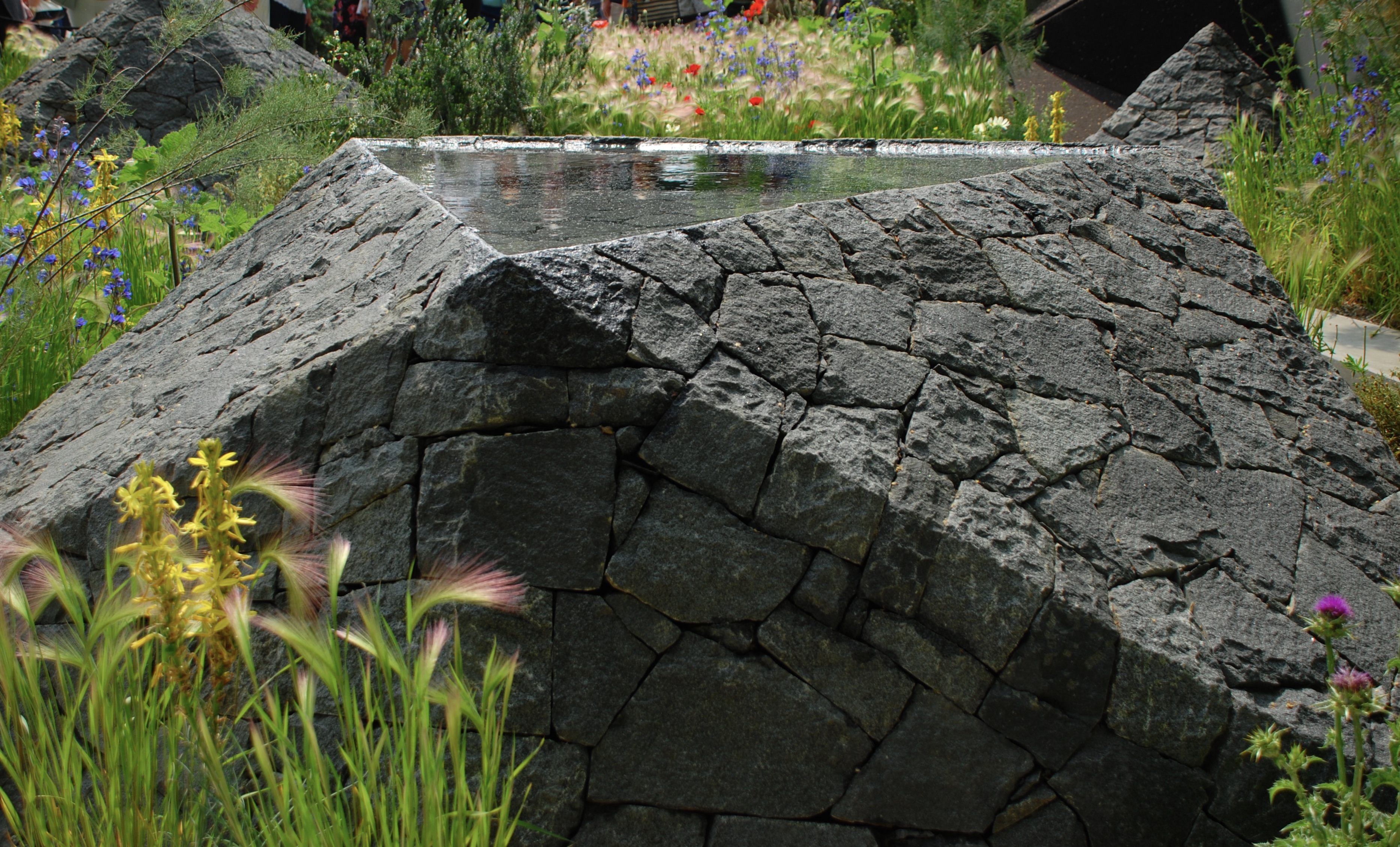 Stretching across Jordan for hundreds of kilometres all the way and beyond the Iraqi border lies the Easter desert, it is the harshest and least populated part of the country, the desert is shadowy and grimly blackish, stark bedrock overlaid by dark boulders and glassy basalt chips too hot to touch. Taking his inspiration from these black basalt fields Hugo designed a series of stone polygons, giving these a contemporary twist by varying the number of sides and the offset point at which they peaked.

My task was constructing them! ( read more about how I set about achieving this) ..coming soon! 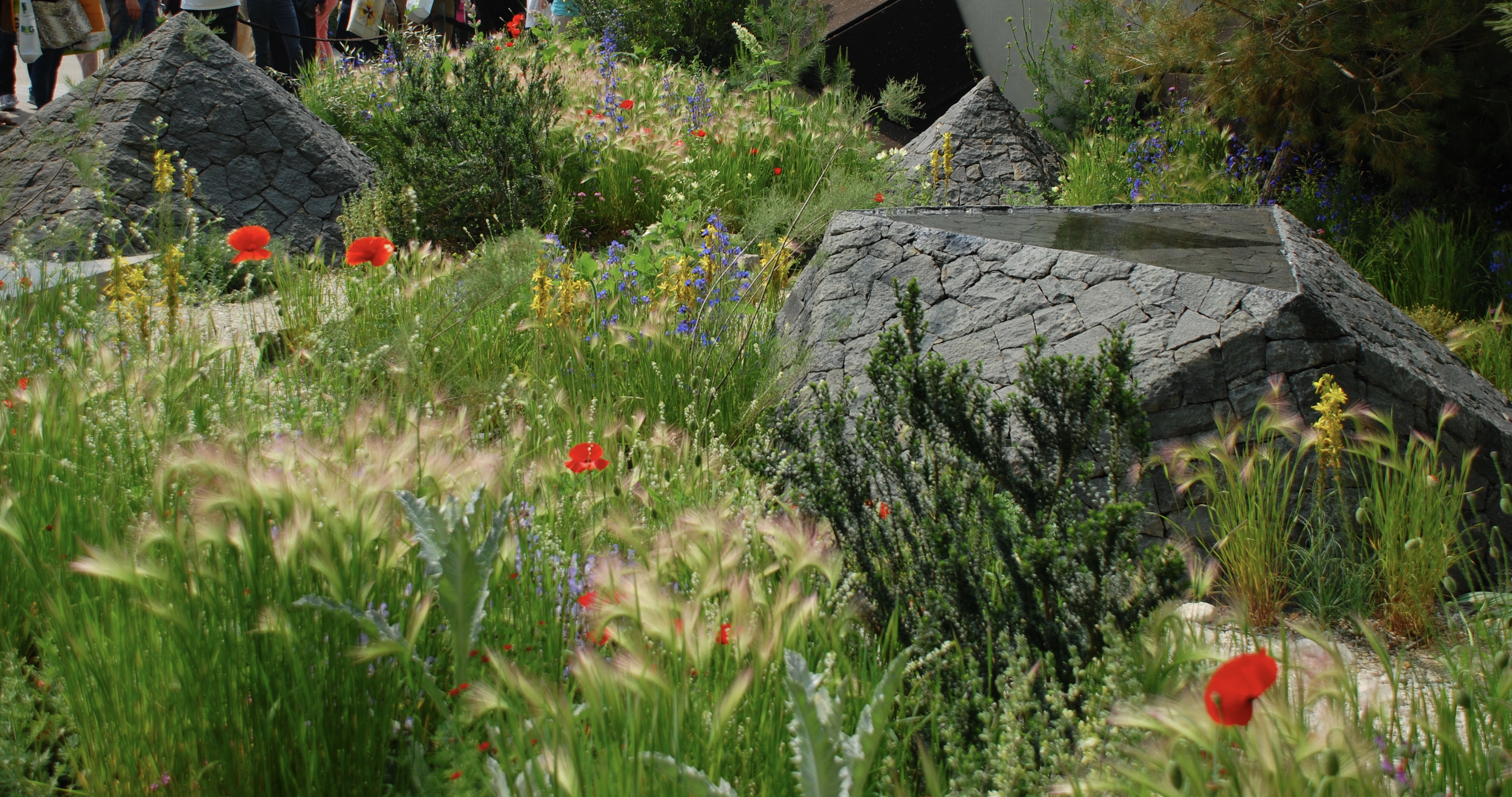 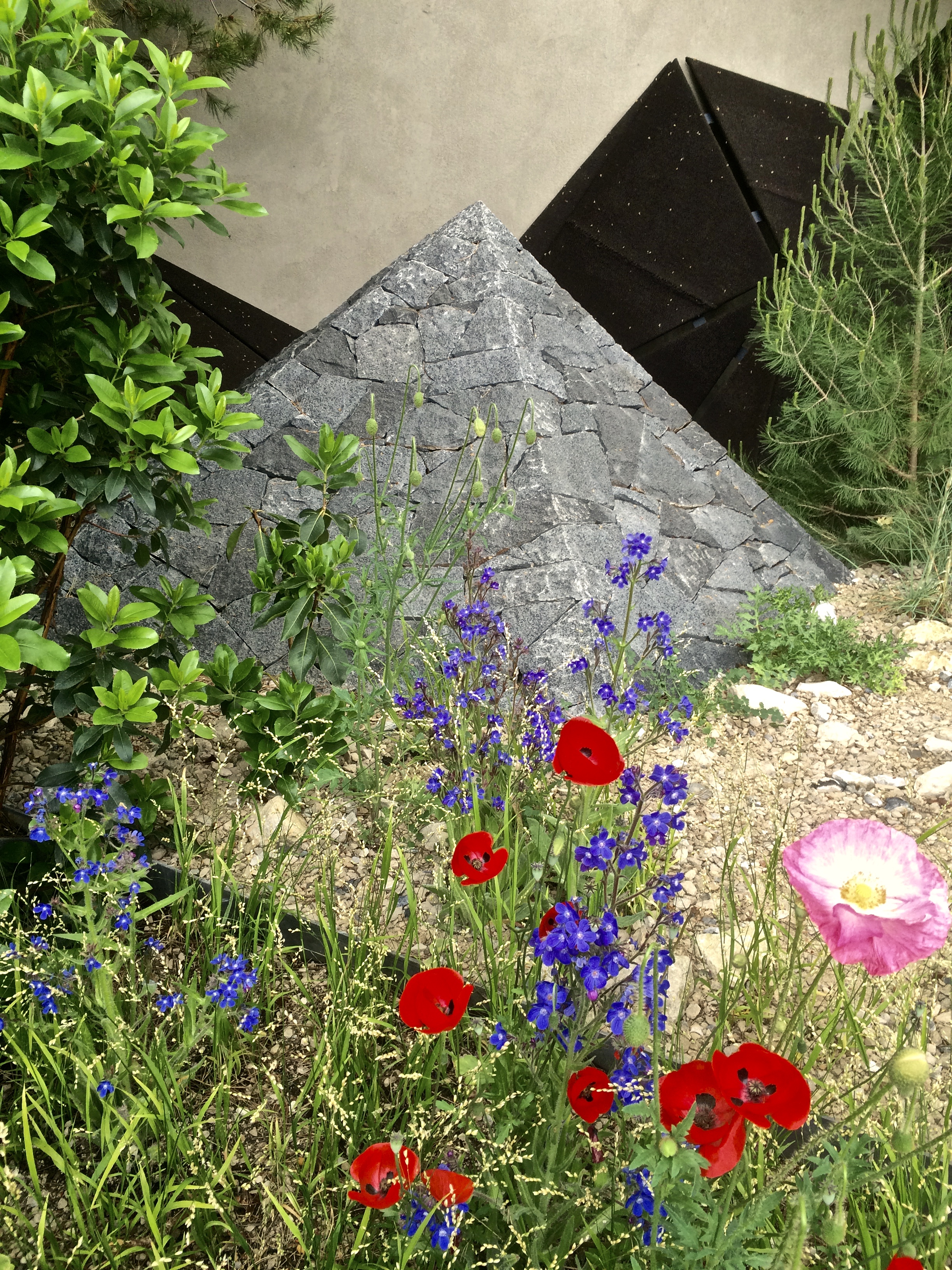 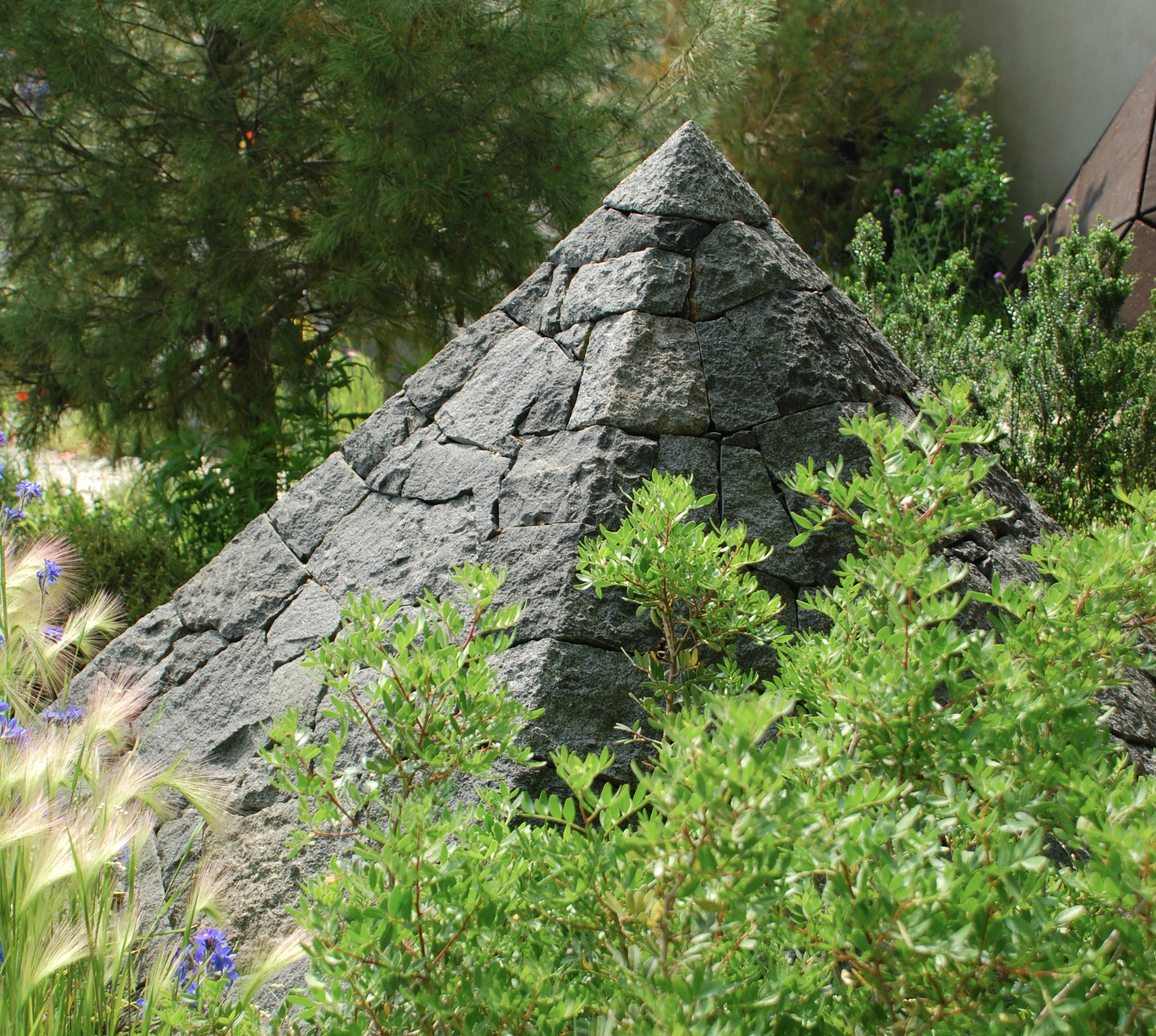 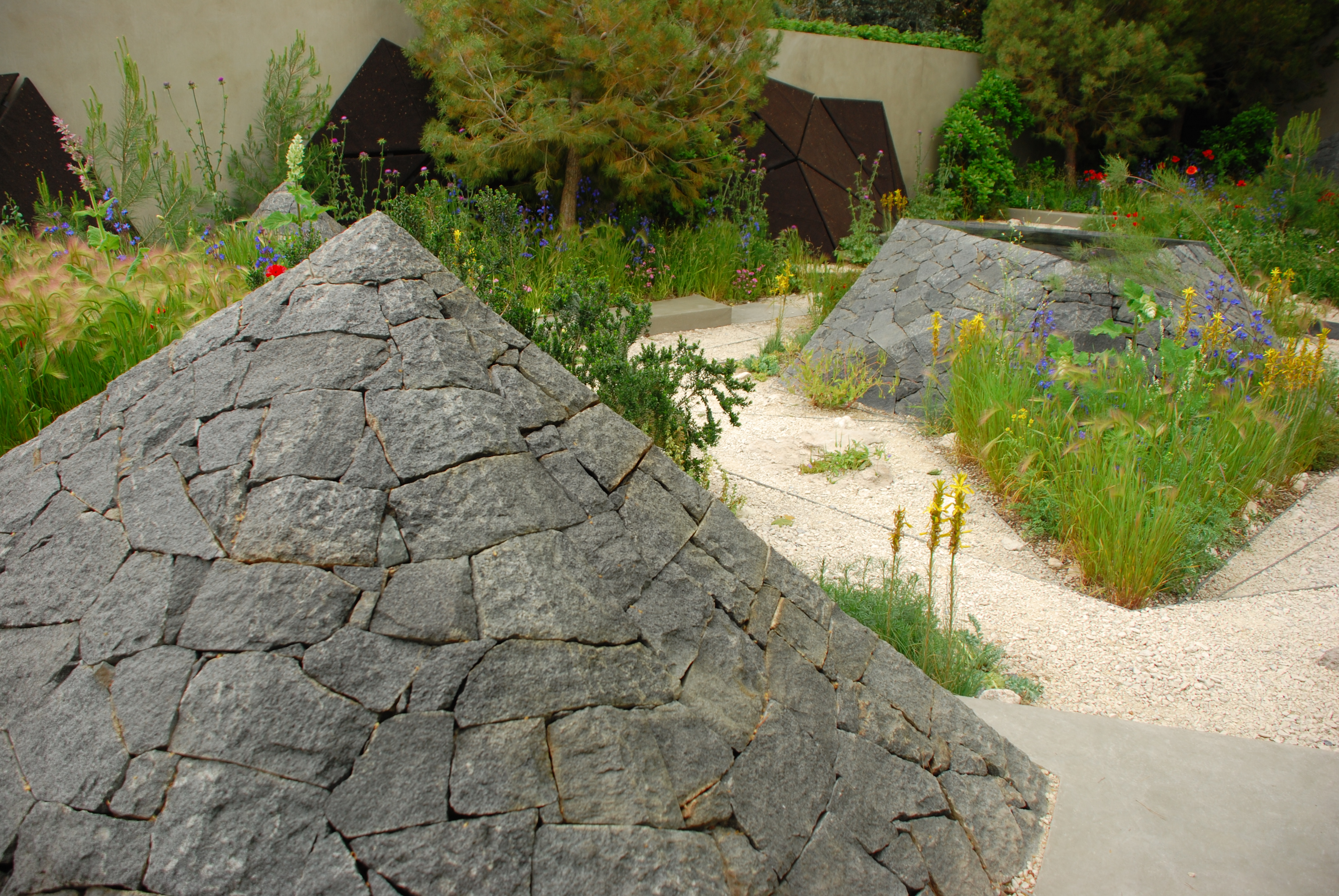