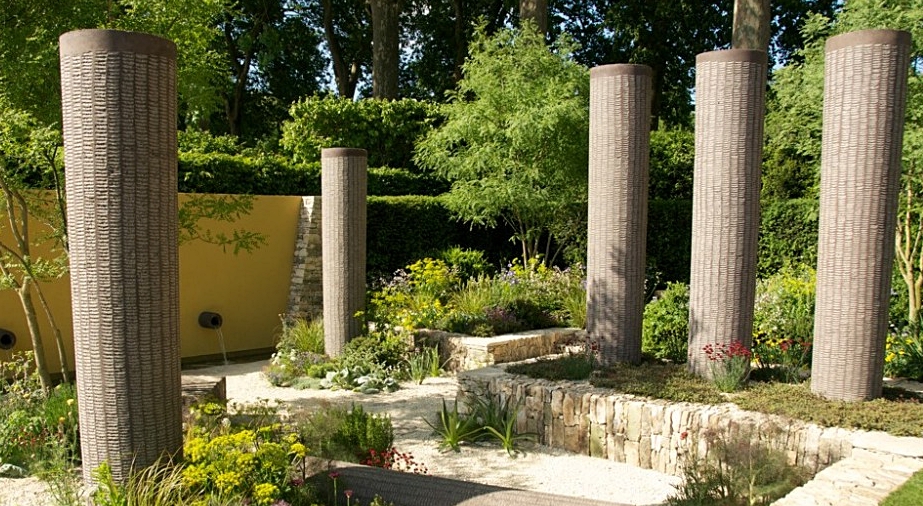 Early in 2011 I was invited to build the walls for the Daily Telegraph Garden Show Garden by Crocus, one of the UK’s leading plant supplier and regular contractor participant at the Chelsea Flower Show. Designed by Chelsea multi Gold medal winner Cleve West, inspired by a trip to Lebanon the garden was a contemporary twist on old ruins using sculpture and informal planting. It was awarded a gold medal and gained the ultimate accolade of being named ‘Best In Show’.

After a trip down to the stone merchants in Gloucestershire to meet Cleve and to undertake a sample panel, Cleve wanted his walls to be constructed with the stones laid vertically rather than horizontally, I gained the teams confidence that I was the correct person to undertake the walls despite being responsible for somehow managing to lock Tony’s van keys in the van! requiring a call out by the AA.

Having had the previous experience of building the Laurent Perrier Garden in 2006 I knew completing the maximum amount of walling prior to the show would be the key to making the building process fit within the three week build up allowed for the garden. It gets to be very intense and the last thing you want is to be the guy holding the rest of the team up from completing the garden – ( I was very close to that in 2006!!) So as in 2006 it was agreed that as much of the walling as possible should be completed offsite in pre-formed panels that would then be transported to the site. This work was undertaken in a corner of Crocus’s yard in Surrey in glorious sunshine and I wish all walls could be constructed this way, rather in the more usual rain, wind and mud! 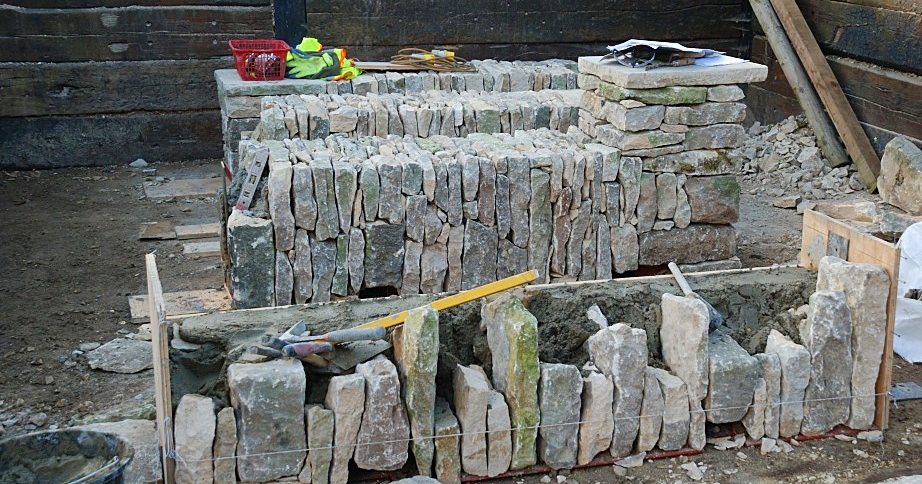 As anyone who has been involved with a garden at Chelsea will testify it is a fantastic experience, the opportunity to create an ‘instant’ garden and watch others take shape all around you is an exhilarating process to be involved with. Working alongside a top drawer designer and Crocus’s highly professional dedicated team was a delight with the added buzz of being part of the team awarded ‘Best in Show’