‘A Bluebird’ in sales and marketing speak is an opportunity that unexpectedly comes to you out of nowhere, one of my most exciting ‘Bluebirds’ came to me in a text while on a family holiday in France in 2005 – ‘how would you like to build some walls for me at next year’s Chelsea Flower Show?’ Sent by London based Jinny Blom, one of the UK’s leading Garden designers – who could refuse!

Jinny and I met while working at Corrour a remote Estate in the Scottish Highlands, she was the Landscape Consultant for the project and I was working as a walling sub-contractor to Premier One Land Services. It was a fascinating project in a beautiful part of the country, the Estate Gardens were originally established by Sir John Stirling Maxwell. The Original estate Lodge burnt down in 1942, in it’s place now stands a stunning modern interpretation of a Scottish Lodge by Boston based architect, Moshe Safdie, a vision in granite and glass. 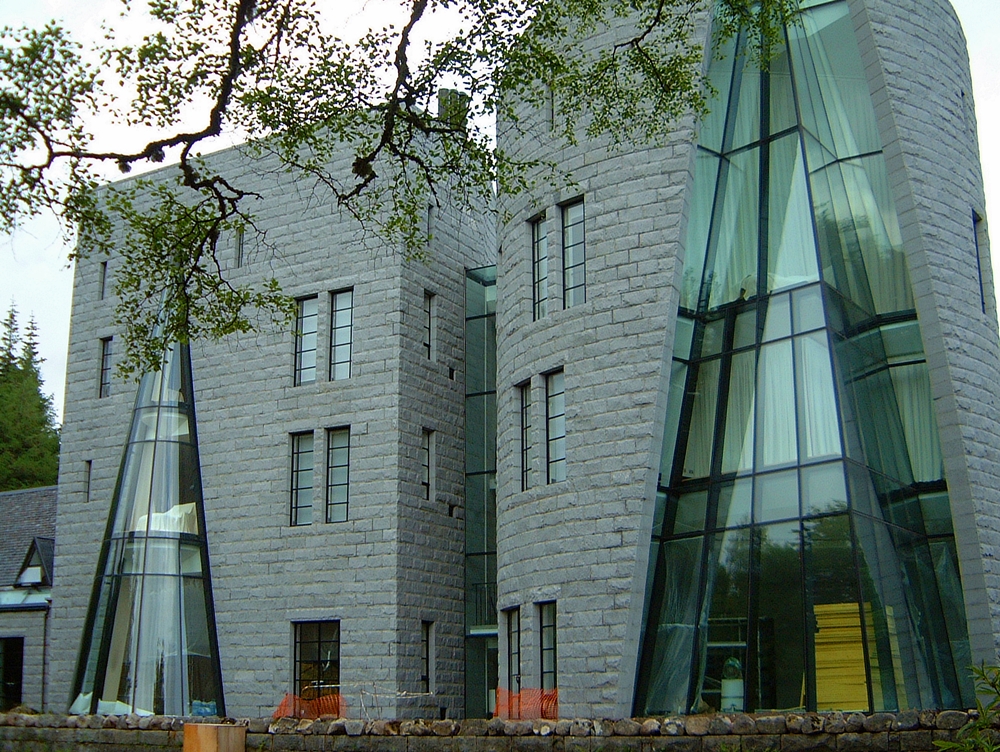 Sitting at the head of Loch Ossian the original garden featured a granite walled pool for the growing of water lillies, my first task on the estate was to take down the original and rebuild it so that it wouldn’t leak! So far, fingers crossed, they haven’t come back complaining that its empty. Further details of work undertaken at Carrour here.

Laurent Perrier have a long association with the Chelsea Flower Show, Jinny was appointed to design their Show Garden in 2006. Her design was informed by the Champagne Region of France, its climate, plants and chalky geology, being of French heritage added to the designs authenticity and personal meaning. By including styilised French elements like the outline of a Chateau roof by means of a metalwork structure called a ‘Gloriette’ her vision was for a romantic, contemporary garden that suggested ‘exquisite tranquillity’ – a space created with attention to detail that would provide a ‘satisfying sense of deep relaxation.’

It is probably true of most casual viewers, who tune in annually to the coverage of what is arguably the world’s premier Flower show, that they fail to comprehend the many months of research, planning and construction that goes into each and every one of the show Gardens, until I had the opportunity to be involved I certainly never knew. Beginning almost as soon as the last gardens are being ripped out after another record-braking week, the annual process begins anew, briefs are distributed, sponsors agreed, designers appointed, schemes developed and refined all in anticipation for next years show.

Geologically the South of England and the Champagne Region are very similar, ancient Oceans left behind vast deposits of Chalk. The chalky soil of Northern France provides very specific and ideal conditions for Champagne production. Jinny’s designed scheme required 35 meters of walling to be built, she wanted to use rock chalk for their construction searching around she found a source, H.G.Clarke & Son, a traditional English Chalk supplier, in it’s rock form it is called ‘Clunch.’

To progress the scheme Jinny invited me down to see the ‘clunch’ at Clark’s yard in Olney, Buckinghamshire. Angus Clark was there to meet us to show what forms the material could be supplied as, he had two ‘dressed’ prepared samples, neither of these seemed to be what Jinny had in mind, I asked if it came more in rock form , what I would call quarry rubble, Angus showed us a small stock pile of that type of material, I built a small sample which everybody responded well to, there may be a technical term for this style of building but I call it – ‘no verticals – no horizontals.’ 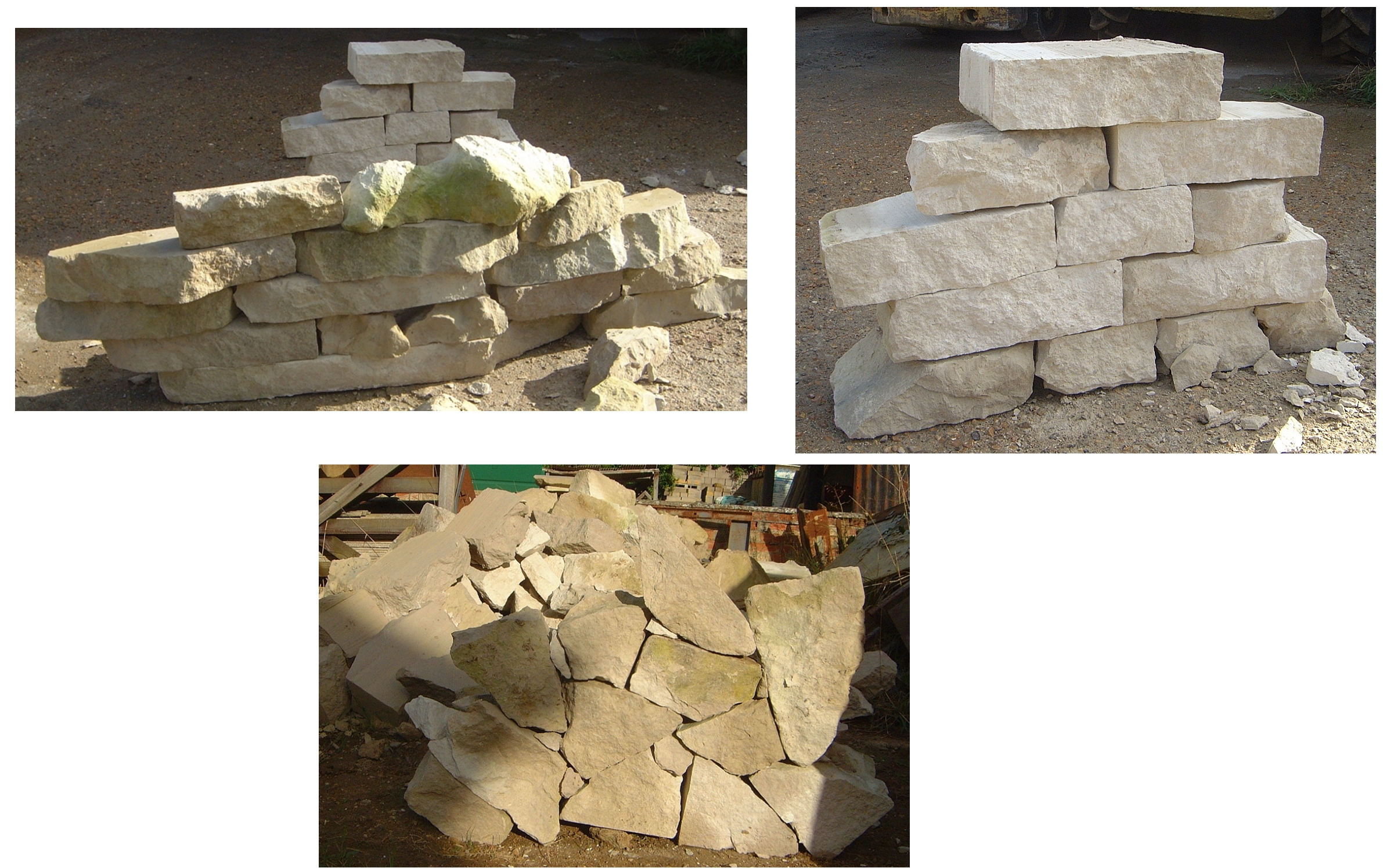 Travelling back home my mind was occupied with the sheer logistics of building the walls in the time frame each construction team are allowed, only 3 weeks are available start to finish. Understanding how quickly or slowly the walls could be built was a crucial piece of the construction jigsaw, it was decided to see how much I could achieve in a day, so a return visit to Clark’s yard was arranged. 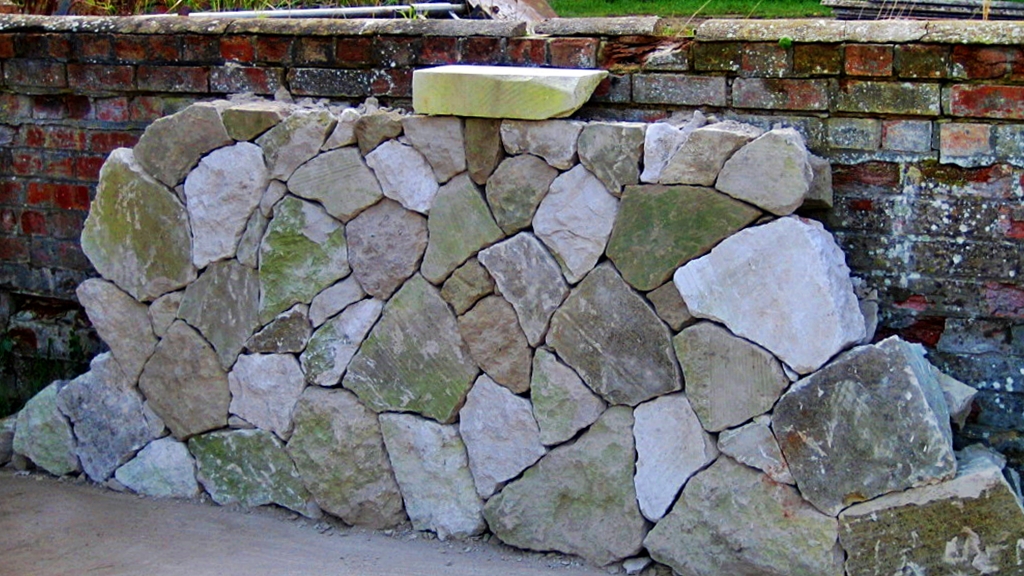 Achieving about 2 meters square it became apparent that building the walls on site was not going to be achievable, it was decided that the majority of their construction would be done off-site in my workshop in Perth. Designing a system of panels that could be built upon and then transported without the whole lot ending back up as a pile of rubble became my responsibility. Based on 2.4m x 1.2m sheets of ply-board I ended up building a series of 24 panels, these were supported on mild steel frames that were constructed in a way that a fork lift truck could lift and maneuver them easily and safely on site. Normally when constructing a wall a waller is fighting the elements, wind, rain,snow mud etc, having the opportunity of building this wall indoors there is a lot to be said for it, I was always dry and clean, a most pleasant experience. 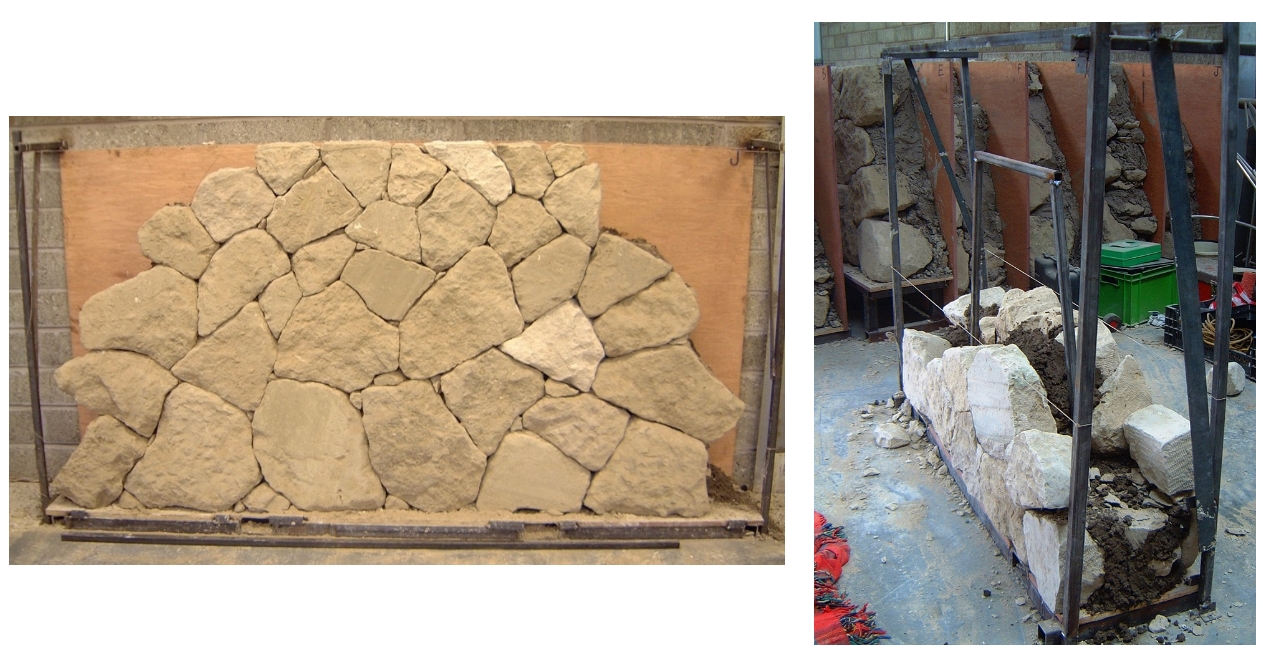 Another element of Jinny’s design was two feature pillars to be constructed at one end of the site, these were to be topped by carved ‘clunch’ pier caps, these again fell within my responsibility. Stone carving is usually an onerous process undertaken with special tools, the ‘clunch’ being so soft was carvable using a wood saw and surforms, the shape of the Pier caps were designed to reflect the shape of the ‘Gloriette.’ 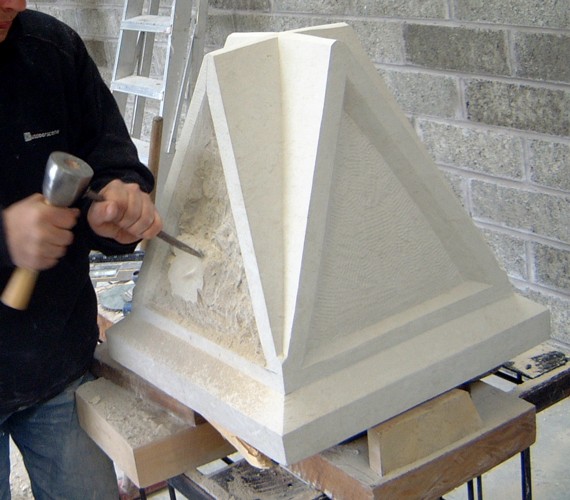 Once all the panels were complete they were wrapped up, loaded onto the back of a lorry and sent off down to the show ground in the heart of London, has there ever been a wall that has travelled so far? Amazingly they all arrived still intact ready to provide the backdrop structure for Jinny’s garden. 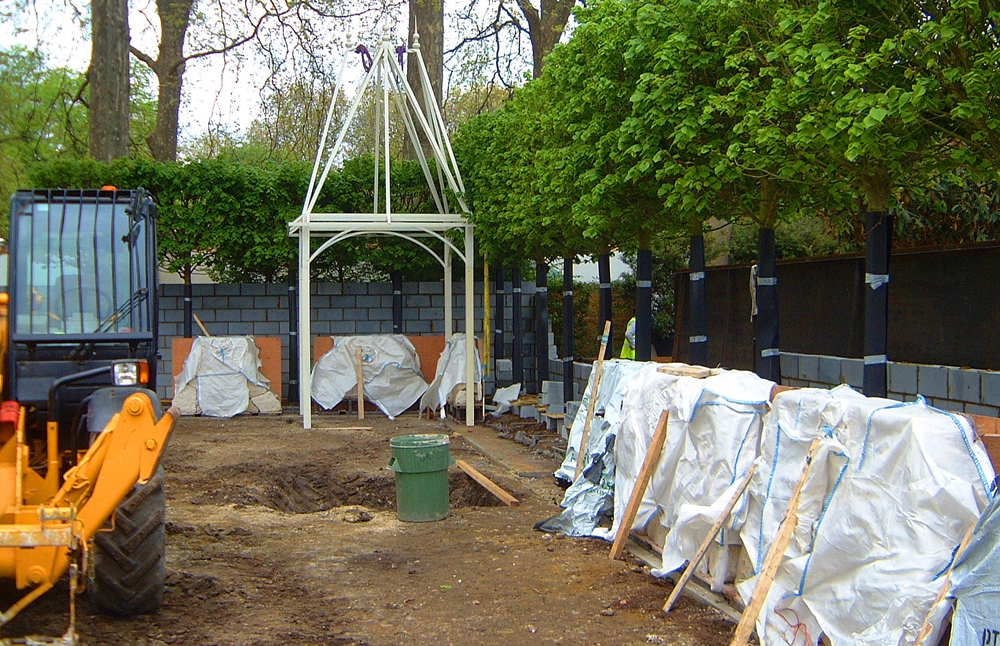 Never having been to the Flower Show I had no idea what to expect, after driving down overnight to London I was grabbing some much needed rest in my vehicle across the river in Battersea Park, when Jinny called me on my mobile, security is tight and you have to have the correct documents to gain access to the grounds. Driving in that first day was very memorable, it is like any other building site, but, on steroids! Construction teams were everywhere, furiously swarming over their plots, lorries, telehandlers and a plethora of site vehicles littered the grounds, pandemonium seemed to reign, it soon became apparent that it was all highly choreographed and controlled each team coordinating their works with those surrounding them.

Crocus.co.uk – were the contractor tasked with building Jinny’s garden, they have a highly professional team with years of experience of working under the unique pressures creating a Chelsea Show garden brings, would I be up to their working standards? Standing there that first day in front of a mainly bare site with lots of work ahead of me and the build depending on me hitting deadlines, it is not surprising perhaps that I felt slighty apprehensive. Almost military like in their chain of command each, with their own area of responsibility and expertise, everybody to a man on the Crocus team were friendly and made me feel part of the team. First days are the worst, finding your feet, learning who everybody is where everything is, it is always good to get it under your belt, completing a large section of the wall helped settle my nerves. 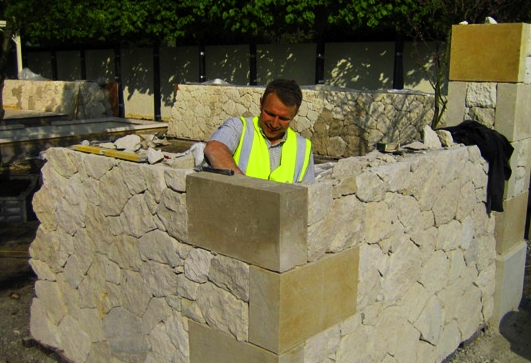 All the talk around the show that year was about drought loving plants and techniques for gardeners adapting their skills & processes to climate change, the South of England was in the midst of a hosepipe ban, virtually from the day I arrived the heavens opened, heavy rain not experienced in London for months happened on a daily basis during the build, not surprisingly, I the only Scot on the team got the blame!!

As the construction gathers pace the site becomes more & more congested, trees are planted, water features installed, paving laid and plants begin appearing in their thousands. Nothing can be allowed that holds up the construction timetable, everybody has their own duties and it is essential that they are undertaken efficiently so that others can complete subsequent tasks. With quite a few areas for me still to complete and days available diminishing rapidly, it doesn’t take long for you to realise that others would prefer you not to be there, little huddles of discussion with nods in my direction would take place around me, I began to feel the pressure! Everything is geared towards the planting and anything that could jepordise them not being at their best when the show opens is to be avoided, having a waller still tramping over the site creating dust and mess was beginning to become an issue. Working hard, putting in long hours & with much ‘cajoling’ from the rest of the team I eventually completed all the walls allowing everybody to breathe a huge sigh of relief.

Judging of the Gardens at Chelsea are to exacting standards, gaining a Gold medal is the ultimate accolade, for Gold to mean something it necessitates that the standard be incredibly high, some do not quite attain that level, Gardens are marked down for a variety of reasons, some error in satisfying the brief, mix or choice of plants not quite ‘correct’ or a whole variety of points known only to the select few who have the privilege to stand in judgement. Awarded a Silver Gilt Medal the second highest the garden was a huge success with the public and gained Jinny high praise from her peers. Little is my knowledge of gardening, I only know that it looked stunning, with a muted pallet of colours, white, creams and greens with a focus on roses, peonies and irises it also had the most wonderful fragrance it was a garden you could smell before you saw it.

As to my experience of Chelsea, I just loved every minute of it, to have been involved from such an early stage, to see first hand all that is involved in creating such a spectacle was incredibly rewarding, watching many, many others creating work to such a high standard was truly inspiring. To have been able to rise to the challenges faced while building the walls, I gained a quiet satisfaction in my own skills. I will always be grateful to Jinny for having the confidence to ask me to get involved and giving me the opportunity to work with such a professional team on such a prestigious project.

Falling into conversation one day with a guy who was watching me work it turned out he was Andrew Louden, a DSWA Advanced Certificate holder, member of the DSWA Pinnacle Award Panel, someone who ‘knew his stuff’ he paid me the ultimate compliment by telling me my walls were – ‘ the best example of Dry Stone Walling he had ever seen’ as David Beckham said the first day he turned up to play for Real Madrid, sitting there in the dressing room opposite Zinedine Zidane, Raul, & Ronaldo (the fat one!), – ‘that’ll do for me!’ 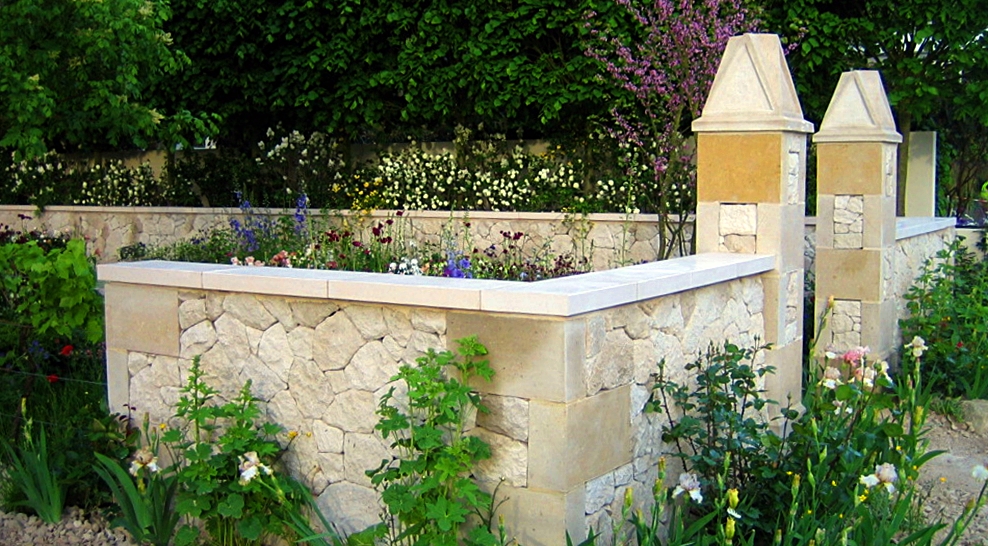 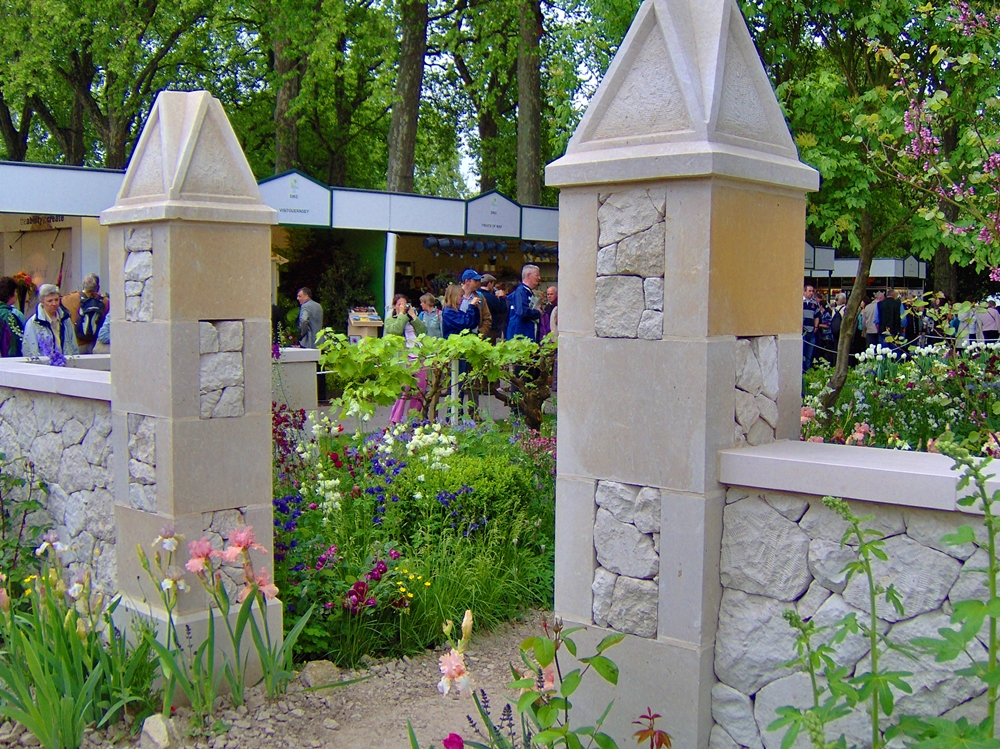 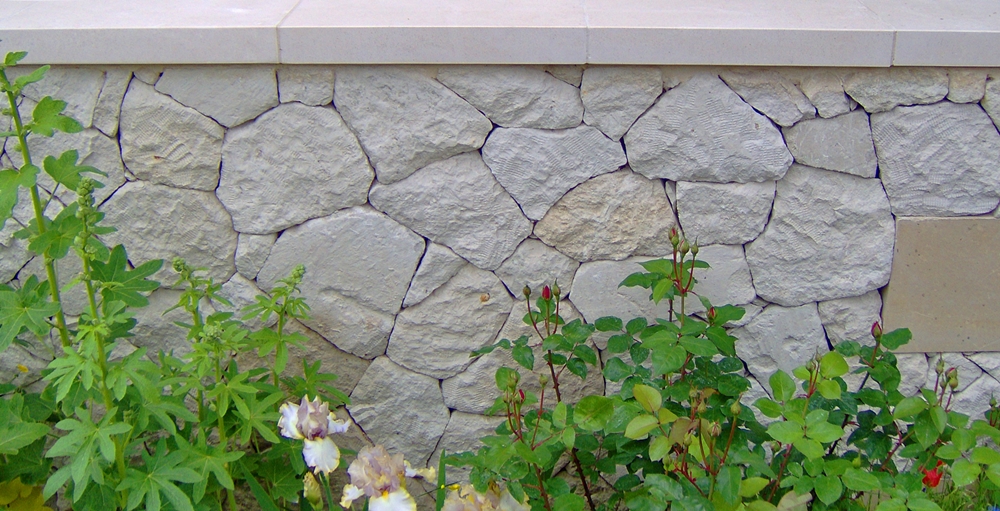 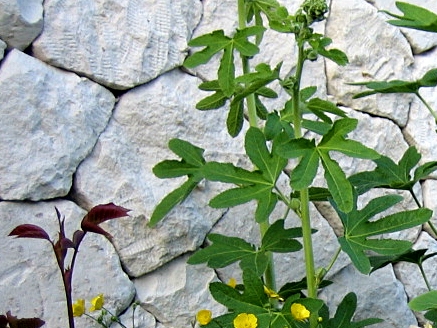