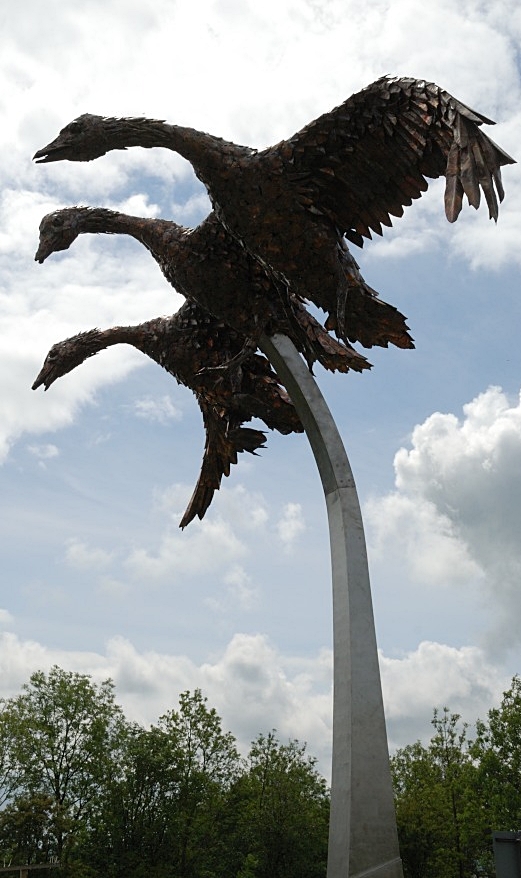 First commissioned in 2007 by Kinross In Bloom, ‘Return’ stands proudly on a traffic island on the main road into Kinross welcoming visitors and locals into the town. This project for one reason or another almost proved to be my nemesis. Change pervaded the process, change of personnel, change in global economic conditions, change of workshop, it was almost as if every conceivable problem was saved up specifically for this scheme. 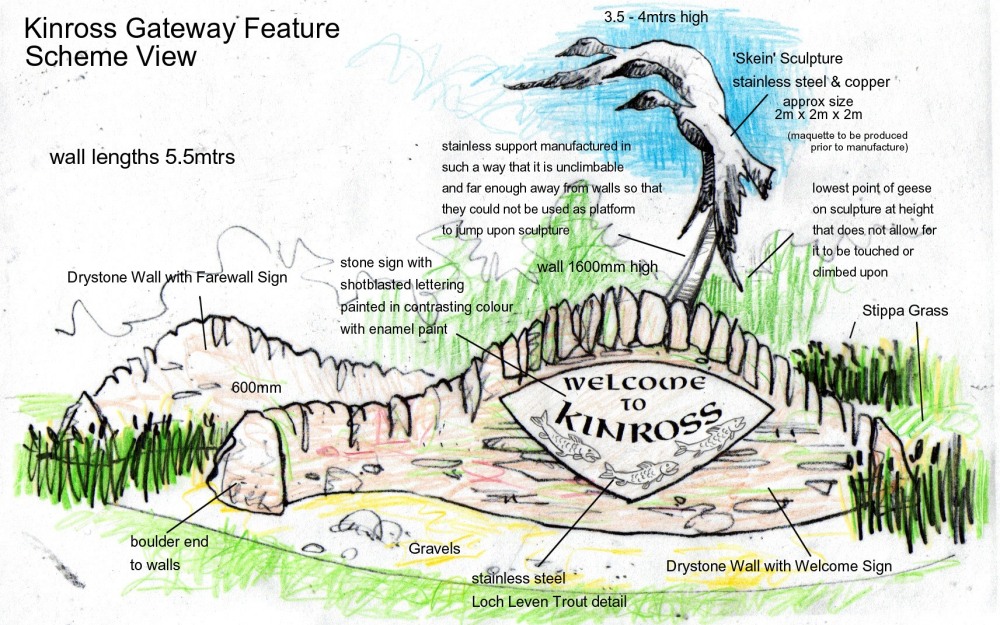 Made from copper and stainless steel the sculpture stands 5 mtrs tall and has a ‘wing span’ of over 5mtrs. Three ‘pink footed geese’ descend in tandem onto the site and two stone walls hold messages of welcome and goodbye.

How honest to be about the process? Perhaps it says more that the work was finally successfully seen through to conclusion by all the interested parties, though at times we must have all wondered if that was possible. From my point of view there were many difficult obstacles to overcome and I am extremely grateful for the support and help that came from many quarters that helped me finally get over the finishing line.

The basic outline proposals were conceived by Comrie based Landscape Architect, Chris Palmer and I was tasked with bringing all the elements into a final scheme and manufacturing the sculpture.

Coinciding with a change of workshop making the geese was a considerable challenge. My aim for the sculpture was that it could be easily read at speed, as it would mostly be viewed by people travelling past in vehicles. It was important to me that it was supported at only one single point to make them appear ‘in flight’ as much as possible. How to build something in mid air? Welding together a steel skeleton I was then able to suspend that from the ceiling within my newly constructed shed, around which I could then form the copper skin. 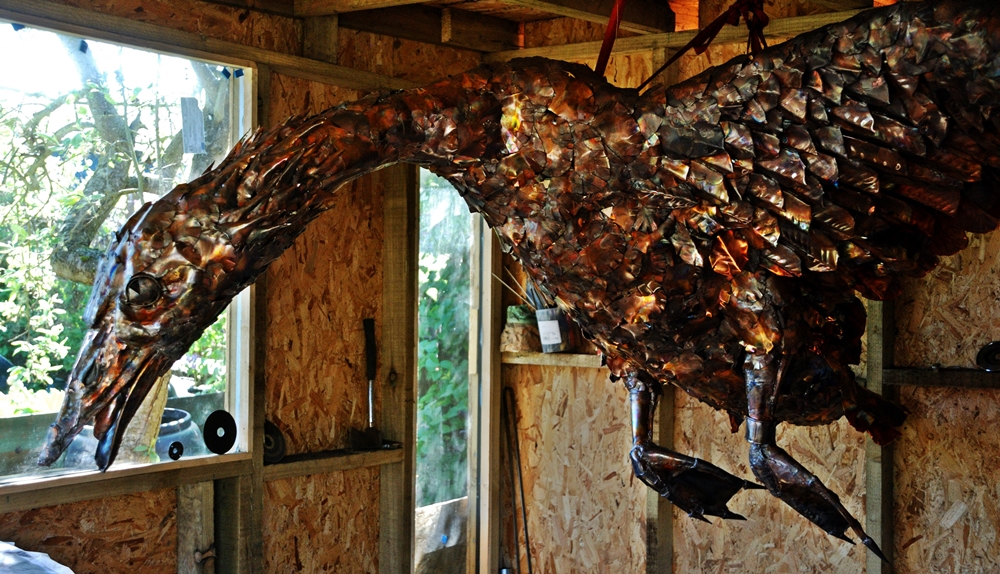 Though the sculpture was mainly to be viewed from a distance I was really keen that the geese should retain their birdlike texture and feather structure. Using sheet ‘roofing’ copper I had to manufacture thousands of individual feathers which turned out to be a rod for my own back. Each feather had to be cut using tin snips, then given texture and shape using hammers and pliers.